The famous Pakistani drama "Mohabbat Tujhe Alvida," which was aired on Hum TV last night, showed the audience a glimpse of the Hindi language. Hum came across something surprising in front of the recent TV drama. Last night on television, the 18th episode of Farewell to His 18th Love You was aired in which we got to see the religious Ashloks of Hindus in Sanskrit in one scene.

The main character in the play, Sonia Hussain, was dressed in a costume with Hindu religious Ashlok imprints in Sanskrit. It is extraordinary to see Hindi words printed on the dress of the actress. Why was such a mistake made on national TV? If the actress was made to wear such a dress, why was she not noticed by the show's director or producer? 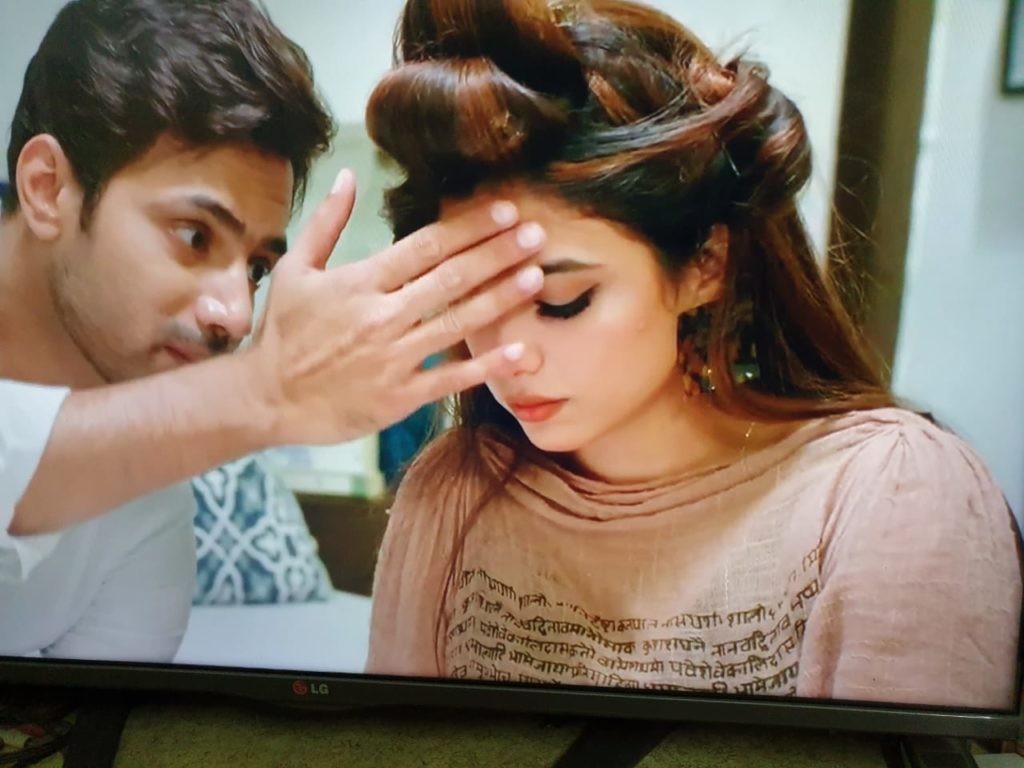 On the other hand, India bans the display of anything related to Muslims, and here we are wearing clothes made of Hindi Sanskrit words. On the other hand, recently popular Indian jewelry brand Tanshik had to delete its advertisement. It showed a Hindu girl as the daughter-in-law of a Muslim family in which Hindu-Muslim intermarriage was shown after public outrage.

Extremist Hindu women call marrying Muslim men "love jihad" and claim that Muslim boys convert Hindu girls into love after marrying them. After the advertisement's video went viral, the trend of 'Boycott Tanishq' came to the top on Twitter, and politicians, journalists, social leaders, and well-known media personalities also started expressing their views in favor of and against the advertisement.

Although the jewelry company had removed the video from its social media accounts following strong criticism from extremist Hindus on social media, the ad continued to be debated. In the debate that started with the advertisement, people discussed marriages between Hindus and Muslims and 'Lo Jihad.' Many people claimed that the advertisement was an attempt to show that Hindu women willingly married Muslims.

Extremist Hindus have recently expressed outrage over an advertisement for a jewelry subsidiary of the Tata Group, one of India's largest businesses, after the company issued an apology and removed the ad's video. If Indians are unwilling to reveal anything related to Muslims, then we should also be careful in promoting anything that means Indian.

What is TV trying to do? Is it trying to please its neighbors by making the audience unhappy?

Haroon released his song "Dhondon Ga" after a decade