US President Donald Trump has declared the anti-fascist group Antifa as a "terrorist organization".

He tweeted the decision but did not say when or how he would declare Antifa a terrorist organization. President Trump has blamed the organization for starting the unrest in the United States, which began after the death of black man George Floyd, in various cities of the country and has led to the imposition of curfews in many cities.

George Floyd, (46 years), was tortured by a police officer on May 25, and a video of the incident went viral, sparking protests in the United States.

In view of these incidents, National Guards have been deployed in 15 US states. This is the paramilitary force used to deal with local emergencies. George Floyd was killed last Monday in Minneapolis, Minnesota when a white police officer placed his knee on George Floyd's neck for more than eight minutes. U.S. officials have made contradictory statements about the responsibility for the riots and indicated that "foreign elements" were also involved.

The United States of America will be designating ANTIFA as a Terrorist Organization.

On Saturday, Democratic Party of Minnesota Governor Tim Waltz accused foreign elements, white supremacist groups and the drug mafia of being behind the riots, but did not elaborate. On the social networking site Twitter, President Trump said that "a few Antifa extremists" and "far-left extremists" were responsible for the unrest in US cities. He did not provide further details or evidence. Can President Trump call an organization a terrorist?

The US president and his administration have the power to declare an individual or a group a foreign terrorist. To do so, they can make laws and issue presidential decrees. However, legal experts have questioned whether President Trump has the authority to declare a national organization a terrorist.

"At the moment, there is no legal authority to declare a national organization a terrorist," said Marie McCord, a former senior US law enforcement official. Under the First Amendment of the US Constitution, everyone across the country has the right to freedom of expression, religion, and association. Last year, Republican senators introduced a resolution in the upper house calling for the "Antifa" to be declared a "local terrorist." 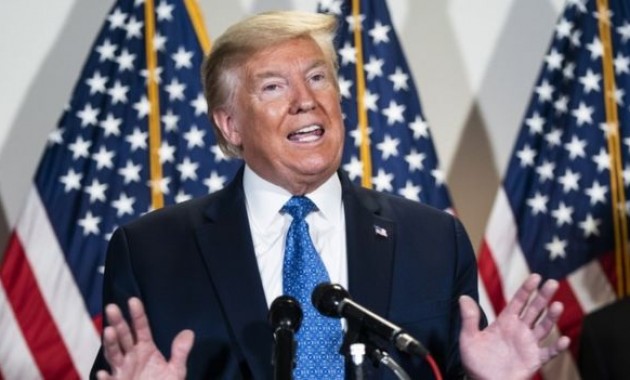 Anti-Fa is a protest movement against fascism, protesting against Nazi ideology, white supremacist racism, and racism. The movement is said to have no central leader and operates independently. Members of the movement say they oppose all forms of racism and sexism. At the same time, the movement protests against anti-immigrant and anti-Muslim policies implemented under President Trump. Members of the anti-government and anti-capitalist movement are said to be more influenced by the anarchists than by the left parties.

The movement came to prominence in the United States three years ago when it opposed a white supremacist rally in Charlottesville, Virginia. President Trump was also sharply criticized when he said, "There has been violence from many quarters and he has not openly condemned white racists."

IPL indefinitely postponed due to coronavirus