Watch These Entertaining Pakistani Dramas in the Year 2021

Pakistani dramas are popular not only in the country but also in other parts of the world because of their story.

At the beginning of each year, some new dramas begin their story journey which either makes a place in the heart of the audience and become a big part of this year's entertainment or get lost in the cycle of time. The new dramas that are starting this year will tell the story of some of the problems of the society in their own way, including love and separation, grief and sorrow, happiness and sadness.

Here are some of the dramas that have started or are about to start in the year 2021 and they will probably try to get the attention of the audience with their theme, live story, and brilliant acting. This year, actress Maya Ali and Sheheryar Munawar are returning to the small screen after a gap of a few years with the drama 'Pehli Si MoHibat'.

Shehryar Munawar will be seen with actress Maya Ali in his upcoming drama series 'First Love' in which the two will be seen fighting for their lives and going against the world to be together as a love story. Maya Ali is returning to the small screen after a gap of 3 years and designer HSY (Hassan Shehryar Yaseen) is making her debut in the same play and she is also very excited about her first play.

The drama 'Pehli Si MoHibat' will be aired on the private channel ARY. Various teasers have been released but the final start date of the drama has not been revealed.

In the year 2021, showbiz stars Ahsan Khan and Neelam Muneer will appear together in the drama 'Qayamat'.

Prior to the drama, the two actors appeared together in the 2017 film Chupan Chupai, which was full of humor and action. Seventh Sky Entertainment's play is produced by Asad Qureshi and Abdullah Kadwani, directed by Ali Faizan, and written by Sarwat Nazir.

Talking to Dawn Images about the drama, Ahsan Khan had said that it is not a simple love story but there are various aspects of his role in the play, including some negative and strange ones. Teasers of Doomsday drama have also been released in which Neelam Munir and Haroon Shahid are shown falling in love with each other and later Neelam Munir gets married to Ahsan Khan.

Apart from the main characters in the drama, the cast also includes Sana Fakhar, Amar Khan, Shabbir Jan, Saba Faisal, and Noshin Ahmed. The drama 'Qayamat' will be aired on the private channel Geo TV from January 5, 2021. After starring in the drama 'Jhooti', actress Iqra Aziz will now appear in two different dramas, one of which is titled 'Raqeeb Se'.

The highlight of the drama is that Hadiqa Kiani, the most popular and world-renowned singer in the Pakistani music industry, is making her acting debut in 'Raqeeb Se'. Recently, 2 teasers of this drama have been released in which Hadiqa Kiani has appeared in a serious while Iqra Aziz has appeared in a talkative and playful manner. So far, only the name of Hadiqa Kiani's character has appeared in the teasers and she is playing the role of a woman named Sakina. However, the story of the play seems to revolve around a social issue.

Apart from Hadiqa Kiani, 'Raqeeb Se' also includes other actors including Noman Ijaz, Sania Saeed, Iqra Aziz and Faryal Mahmood. The story of the play is written by B. Gul while it is directed by Kashif Nisar and produced by Momina Duraid. However, nothing has been said yet about when the drama will be aired. 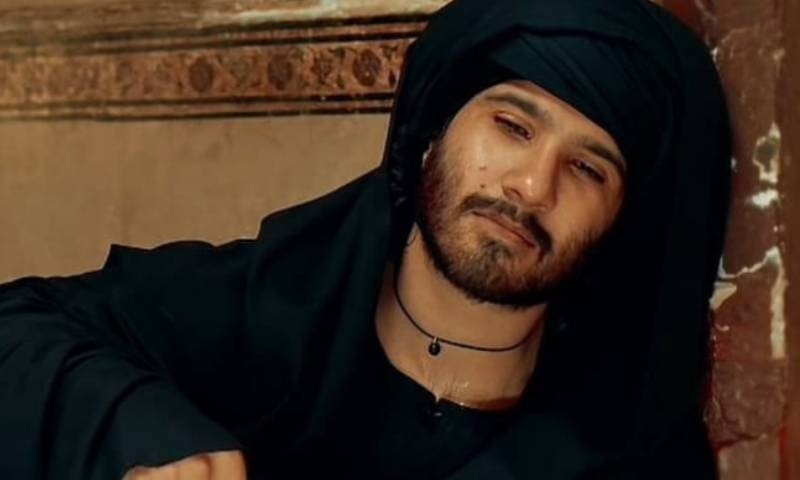 The drama serial 'Khuda Aur MuHibat' is returning with its third season this year after being well received by the viewers in its last 2 seasons.

The first season of the play based on Hashim Nadeem's novel 'Khuda Aur MuHibat' was aired in 2011 and in its first and second seasons Saadia Khan played the lead role with Imran Abbas but now in the third season, Feroze Khan and Iqra Aziz will be seen in the lead roles. Feroze Khan is returning to the showbiz industry after a short hiatus from the play and in an interview with 'Something Hot', he said about the drama, 'My upcoming project is the biggest project in the history of Pakistani television'.

2 teasers of the play have been released and if you watch the first teaser, it starts from Darbar Mahal of Bahawalpur, and then Lahore station is shown after which a glimpse of Feroze Khan and Iqra Aziz is shown. Judging by the teasers, it is estimated that the story of the play revolves around Feroze Khan and Iqra Aziz between the cities of Bahawalpur and Lahore and then their search for truth.

Other casts of Khuda Aur Mohabbat include Junaid Khan, Rubina Ashraf, Hina Khawaja Bayat, Javed Sheikh, Asma Abbas, Sunita Marshall, and others. The third season of the drama has also been written by Hashim Nadeem and it will be aired soon on the private channel Geo TV. However, no final date has been announced in this regard. The drama “Raqs e Bismil” started in late 2020, but only one episode was aired last year and it would not be wrong to call it a 2021 drama.

Actor Imran Ashraf forgot and Adam's role has now made a place in the hearts of the audience with the role of Musa in 'Raqs-e-Bismil' and the first glimpse of his role has been waiting for the beginning of the drama the main reason is the presence of the actor. The story of 'Raqs e Bismil' is written by Hashim Nadeem, a well-known Pakistani writer, in which actors Imran Ashraf and Sarah Khan are playing the lead roles.

Actress Zara Sheikh is making her TV screen debut with the same drama while it is director Wajahat Rauf's first TV drama after a gap of 5 years. The story of this drama revolves around a family that considers it against their ego to have a relationship outside the family and Musa and Eesa will be shown carrying on their father's traditions.

In the drama, Musa is shown to have a strong temper, but he falls in love with a girl 'Zahra' just by looking at her eyes. Now, whether he gets love or not, it will be known as the drama progresses. The 'Dunk' drama was in the spotlight even before its launch when users started tagging Australian batsman Ben Dunk by mistake for the name of the drama in a glimpse of Bilal Abbas in its poster.

However, a day before the drama aired, there was controversy over the statement of producer Fahad Mustafa, in which he said, "The drama has shown the truth very closely and Dunk is a tribute to every victim who He has been falsely accused of sexual harassment. Even before the first episode of the play aired, its teasers aroused curiosity about the story and it was criticized, which showed a university teacher facing allegations of harassment by a student.

In this drama, Noman Ijaz as Professor Humayun, who is facing charges of sexual harassment, Yasra Rizvi, his wife Saira, Sana Javed, as a student named Amal, and Bilal Abbas, as Amal's fiance Haider are other roles. The actors who played the lead roles of Amal and Haider in the play have also appeared in dramas like 'Cheekh' and 'Ruswai' in the past and the viewers are of the opinion that the drama has shown a sensation like 'Ruswai'.

Only 2 episodes have been aired so far and the question is whether the drama succeeds in making a place in the hearts of the viewers and changing the opinion about the story after being controversial. In the year 2021, Faysal Qureshi, one of the leading actors of Pakistan, will appear in 'Affair' with actress Hiba Bukhari.

As the name suggests, the drama revolves around an affair, and teasers of this story of love and ego have also been released in the drama. In the teasers, Hiba Bukhari and Faisal Qureshi will be seen in the lead roles while both Kiran Haq and Wahaj Ali will be seen influencing the married life.

The story of the drama revolves around the difficulties encountered in the lives of Faysal Qureshi and Hiba Bukhari after their marriage. The cast of the play also includes Saba Hameed, Farhan Ali Agha, and Kamran Jilani. The drama will soon be aired on private TV channel Geo. Actress Yemeni Zaidi and actor Wahaj Ali are appearing together for the first time in the drama serial 'Dil Na Umeed To Nahi'.

The story of this drama is written by Amna Mufti which will be aired on TV One in collaboration with Kashf Foundation while the direction of this drama is being given by Kashif Nasir. Yumna Zaidi and Wahaj Ali will be seen highlighting the most sensitive issues in society, such as human trafficking.

Yumna Zaidi had told Cut A Cut that the drama would tell the story of human trafficking, child abuse, and a girl who wants to become a cricketer. The actress had said that she will be seen in a completely different way in this play, her role this time is very unique.

The cast of the play also includes Noman Ijaz, Wahaj Ali, Yasra Rizvi, Naveed Shehzad, Nadia Afgan, Umair Rana, and Noorul Hassan. However, no final date has been announced for when 'Dil Na Umeed To Nahi' will begin.

This year, Ayeza Khan and Osman Khalid Butt will be seen together in the drama 'Chupke Chupke'.

The cast of the drama includes Mira Sethi, Asma Abbas, Ali Safina while Arsalan Naseer, who became popular from comics by Arsalan, is making his debut with this drama. The story of this drama is written by Saima Akram Chaudhry while actor and director Danish Nawaz will direct this comedy and fun drama.

The drama is a story of mutual love and hate of a large family full of jealousy, friendship, love, and humor. 'Chupke Chupke' will be aired on the private channel Hum TV in 2021 this year, but so far, no teaser of this drama has come out.

The Turkish President will arrive in Pakistan at 4:30 pm this evening