The structure of the coronavirus makes it highly contagious, research says

The new novel coronavirus is spreading so fast around the world that scientists are worried about how it can be so easily transmitted from one person to another.

Now a medical study in the UK has given the answer.

Cornell University researchers looked at the structure of the virus that causes code 19 and discovered a unique feature that explains how it is so easily transmitted between people. 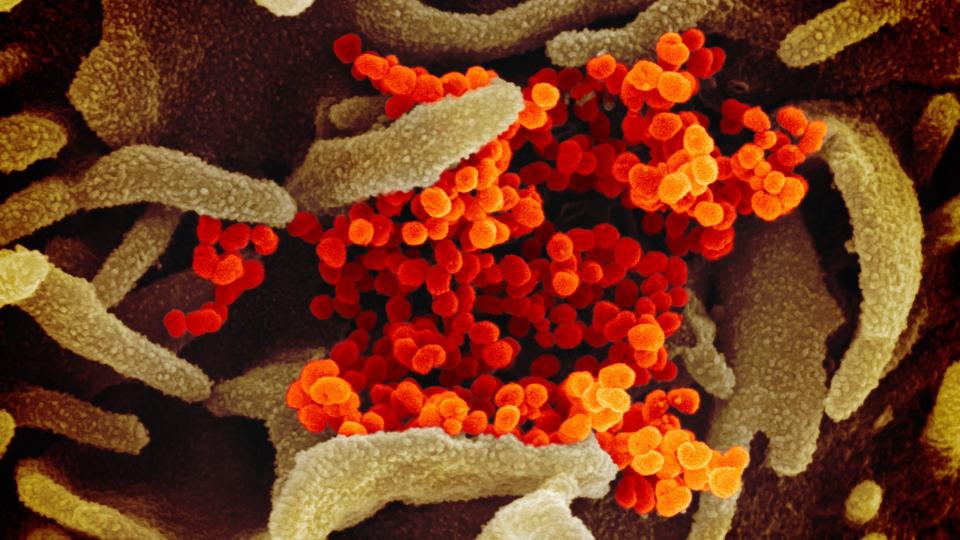 Researcher Professor Gray Whitaker identified a part of the virus's spike protein that helps it infect a cell and developed a sequence of 4 amino acids in that part that was different from other human coronaviruses.

The researchers found that most of the new novel coronavirus was similar to the 2002 SARS virus, which was deadly but not contagious, while the new virus is both deadly and contagious.

The researchers said that the virus is a strange combination of the two characteristics and that this part of it is very important for the transmission and stability.

He said that more focus would be given on this structural loop.

The researchers said that recent research reports have identified a coronavirus in a bat in China that has a similar loop, but the sequence of its amino acids is different, and more research is needed.

He compared the structure of the new virus to coronaviruses in other animals and said that the virus began to spread from bats, but there was no evidence that the virus was transmitted from pangolins to humans.

He said it was not yet clear how the virus was transmitted to humans and that a new genetic sequence indicated the possibility of an unknown temporary host.

According to researchers, cats, ferrets, and mink may also play a role in spreading it, as cats contain a receptor that is affected by the virus and is very similar to humans.

The results of the study were published in the Journal of Molecular Biology.

The main purpose of learning about the Novel Coronavirus is to help develop effective prevention strategies.

Although little is known about the virus, research has shown that the new coronavirus develops rapidly.

In March, German universities claimed to have discovered when the virus was most contagious.

The findings suggest that the virus may be spreading more easily since most people are spreading it at a time when the symptoms are mild and the flu is mild.

However, researchers have published it online, which shows how and by what means the virus spreads at different stages.

The researchers analyzed several samples of nine people who were being treated at a hospital in Munich, all of whom had mild severity.

All of these patients were young or middle-aged and did not suffer from any other disease.

The researchers collected samples of their saliva, blood, urine, mucus, and feces at different stages of the infection and then analyzed them.

Patients' throat samples revealed that the virus was most contagious in the first week when it entered a person's body, while blood and urine samples showed no signs of the virus. The waste contained viral NA.

The researchers said that this is very different from the SARS virus, in which the transmission of the virus peaks in 7 to 10 days, but in the new novel Coronavirus, the process is faster than 5 days and compared to SARS A thousand times more.

They also found that in people with the highest severity of the virus, the onset of the virus peaks by the 10th or 11th day, while in milder patients, the severity gradually decreases after 5 days. It starts to come and on the 10th day these patients may not be able to spread it further.

The world is getting better, we were careless about it: Urwa Hocane

Related Posts
During lockdown, Women make their Facial at home with common ingredients
Successful 'Universal Flu Vaccine' experiments on rats
The structure of the coronavirus makes it highly contagious, research says
superheroes save Corona patients By donating blood plasma
Horse show crab: whose blue blood can save your life
Geo-fencing: How does the criminal detection system monitor Corona victims?
What effect does ginger have on the body?
Health experts demand separate hospital for Corona patients