The Power Puff Girls, who used their power to eliminate criminals, will soon return in a new style.

Variety reports that a live-action version of the PowerPuff Girls' classic cartoon series is being made under the CW television network. Keep in mind that The Power Puff Girls is the latest cartoon to receive live-action treatment. 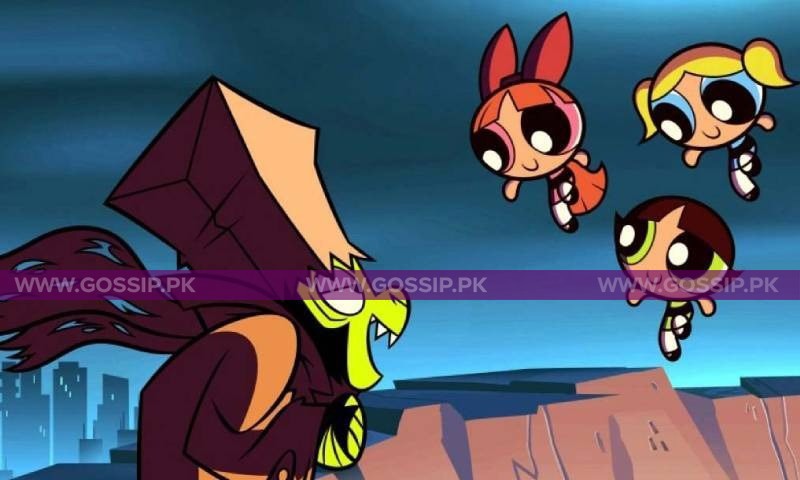 The series consisted of 6 seasons with a total of 78 episodes aired between 1998 and 2005. In addition, 'The Power Puff Girls Movie' was released in 2002 and its animated series was re-launched on Cartoon Network in 2016.

In Power Puff Girls, Blossom is the self-styled leader of the team and sets the strategy. Blossom's personality component is 'all good' and her color is pink. Blossom was named after Professor Eutonium for creating it by accident and speaking freely and honestly.

Blossom also has the unique power to freeze things through its breath. Then there are the bubbles which are beautiful and sensitive, the personality component of which is 'sugar' and the colour is blue while the hair colour is yellow.

Bubbles were given this name because of her personality, which is very kind and sweet, but she is very angry and can fight her sisters as well as monsters. At the same time, bubbles are capable of emitting supersonic waves through their sound.

The third and final Power Puff Girl Butter Cup is the most different of the three because it has no unique superpower. The personality component of the buttercup is 'pepper' and the colour is green while the hair colour is black. At the same time, she is always ready to have fun, but she also fights the criminals very hard.

This makes zero sense if it's real, since the Powerpuff Girls were frequently shown to be enjoying their childhood just fine, despite crime interrupting it often.

I feel like half the show is Professor Utonium tryin' to be a good dad to the girls. https://t.co/WPRRpW1pQi

Now in the latest version of the series, the Power Puff Girls have grown beyond the age of primary school children and are over 20 years old. However, in this new series, Power Puff Girls are angry that they lost their childhood in the fight against crime. Now, watching the new series of Power Puff Girls, it will be known whether Blossom, Butter Cup and Bubbles will agree to reunite and whether the world probably needs them more than before.

Heather Regnier and Diablo Cody are working on the project as writers and producers, while Greg Berlanti, Sarah Schjetter and David Maiden are executive producers of the new series from Warner Bros. Television Productions.

No announcement has been made as to when the live-action version of Power Puff Girls will air. Considering that Diablo Cody and Heather Regnier have won awards for their various projects, Cody also won the Academy Award for Best Original Screenplay for the Juno Drama in 2008.

The Powerpuff Girls is getting a live-action series on CW. In all honesty despite the talent involved, I don't know how this will be pulled off. The show is something specially made to be animated and putting it in live-action seems really weird.https://t.co/HlRgO6zaGh

On the other hand, according to a report by Gulf News, the reaction of the users to the said announcement has been negative and the social media users have demanded from the CW not to 'waste their fifty-five'. In this regard, the Twitter user wrote that if this is true, then it is useless because Power Puff Girls was shown living their childhood in which crime often interfered.

"I think in half the show, professors will try to be good daddies for girls," she wrote.

Another user tweeted that CW Power is making a live-action series of Puff Girls, despite the talent I don't know what it will be like. He said that there is something special about this show which was made for animated and it is really strange to make it live-action.