Bollywood actor Sushant Singh Rajput's suicide is under investigation and filmmaker Mahesh Bhatt also recorded his statement to the police today (July 28). Sushant Singh Rajput ended his day on June 14 last month in the presence of friends at his residence due to depression. It was initially suspected that he may have been killed, but post-mortem reports later confirmed his suicide.

However, Mamai police had launched an investigation to find out the reasons for his suicide, which has so far recorded the statements of more than 3 dozen personalities. It is believed that the police will resolve the matter by recording the statements of important personalities for another 2 weeks and so far according to reports, the police have not found any evidence to confirm that someone forced them to commit suicide under the conspiracy.

So far, more than 3 dozen people, including Shant Singh Rajput's parents, former managers, employees, close friends, Mukesh Chhabra, director of his latest film Dil Bechara, and his ex-girlfriend Riya Chakraborty, have recorded their statements to the police. Filmmaker Sanjay Leela Bhansali had made several revelations to the police while recording his statement on July 6 this month and said that he wanted to do a film with the actor but the actor had contracts with other production houses. Couldn't film together. 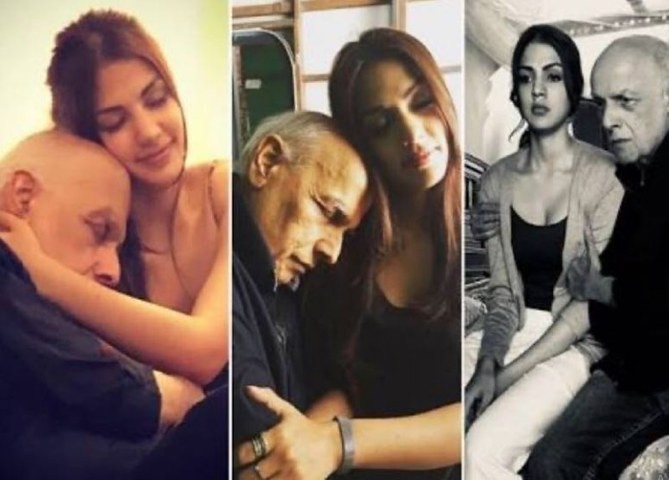 According to the filmmaker, he did not cast Shant Singh Rajput for the lead role in Sadak 2, as the film was to be made with Sanjay Dutt, the hero of the first film. Recently, various speculations about Mahesh Bhatt started in the Indian media when pictures of him in a cheerful mood with Sushant Singh Rajput's ex-girlfriend Riya Chakraborty went viral.

After the old photos of Riya Chakraborty and Mahesh Bhatt went viral, allegations were leveled against the filmmaker on social media. However, he did not elaborate on the photos with Riya Chakraborty in front of the police nor did the police inform him about it. On the other hand, film executive Kiran Johar's production house Dharma's Chief Executive Officer (CEO) Apoorva Mehta also recorded his statement.

The patient was burned to death during the operation

Related Posts
If you follow religious Teachings Than every day is women's day: Neelam Munir
I have never been involved in any illegal activity: Sandal Khattak
PIA is running by "Sifarashies", I'm never flying PIA again , Maheen Khan
Interesting video viral of Dwayne Johnson with his daughter
Are you also downloading the wrong 'Ertugrul Ghazi'? All memes of Drama Ertugrul Ghazi
Actor Affan Waheed, entry in films after the plays
Nurses dance on Selena Gomez's song video viral on social media
Don't spread rumors about the mother, daughter Rubina Ashraf