She was fond of acting from her childhood. After her studies, she entered the Showbiz industry. She has been seen mostly as a supporting actress in different drama serials. She worked in a hit drama serial including "Ye Zindagi Hai”, “Yeh Kaisi Mohabbat Hai”, and many others.

She has worked in many films including “Mein Rahon Ge” and many others. Sherry has mostly known her comic roles in the drama serials like "Mr Shameem", and others. She has also walked on the ramp for many well-known designers and has done many photoshoots for many TV Commercials and brands. 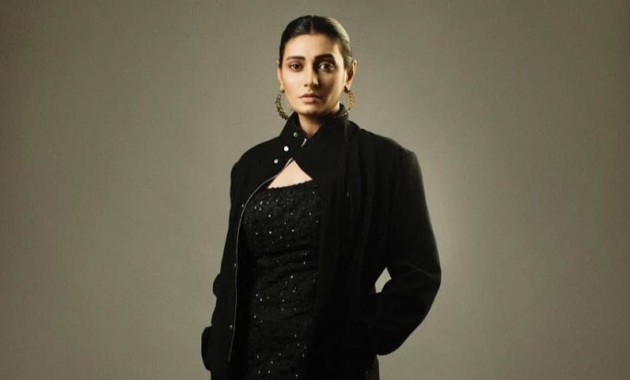 She got married to Dr Malik Anwar in 2013. But this marriage was not so long-lasting and ended up with divorce after a month. In an interview, she said that the reason for this divorce was my husband. She said that he is a liar. He hides his degrees and hides his profession and already married and had a son from her. This is the reason for the divorce.

Sherry Shah Shaved Her Head for a Movie:

Every actress who enters the Showbiz industry always wants to look gorgeous and good looking. She is one of those actresses who shaved her head for her movie for her future. She has done such a transform which no one has done in the Showbiz industry. She is considered as the first Pakistani actress who has bald her head for her movie. Sherry has done such a tremendous job for the movie, and she has gained more respect and love from the people for such a job.

She is a famous model and actress. She has appeared in many drama serials and has Made her name prominent in the showbiz industry through her hard work. She got married to Dr Malik Anwar Aawan. She has changed her status from single to married on her Facebook page.

Sherry Shah talks about her role in “Durj” Movie:

Durj is an upcoming controversial film based on the true event of the society. This film was directed by Shamoon Abbassi and produced by Dodi Khan and Sherry Shah.

She talks about this movie. She said this movie is thrilling and she said that this proves the dedication of your work in this movie. The actress sherry shah is a famous Pakistani actress and has appeared in a number of serials. She further adds about her look that this look fits me; I had discussed this with the director but after a while and this happens.

Salma Zafar, a famous Pakistani actress uploads a shocking video on social media in which she criticizes JJS productions over non-payment and blames them badly. JJS productions were once the leading products which were run by Javeria and Saud, the two prominent faces of the industry.

Another actress sherry shah who is also a part of JJS production claims the same issue. Sherry shah has been the part of "Ye Zindagi Hai” and “Yeh Kaisi Mohabbat Hai” she said that JJS production owes too much. She said that I had seen the video of Salma Zafar and completely understood her problem and the same problem I faced. Sherry also talked about the behaviour of Javeria and Saud and she asked for the money but they refused to pay me. She said that this was a ridiculous behaviour.