Sexual harasser of Zaira Wasim in the flight got up to 3 years punishment in the prison
Bollywood actress Zaira Wasim shared a video on her social media account in 2017 claiming that she was sexually harassed by a flight attendant who has now been sentenced to 3 years imprisonment.

According to the British Broadcasting BBC report, Zaira Waseem was 17 years old at the time of the incident, so the man named Vikas Sachdev was sentenced to 3 years in prison under child protection laws.

It may be recalled that Zaira Wasim shared via Instagram on his Instagram that he was sexually harassed by a man while flying from Delhi to Mumbai while he was in bed, 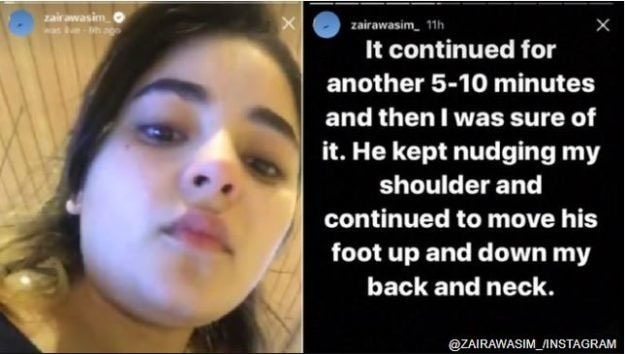 The actress claimed that the man was improperly touching her with her feet towards the neck and waist.

According to Zaira, the series continued for 5 to 10 minutes when they were convinced that they were being harassed.

Zaira also shared a video, saying that at first she felt that she was dismayed by the flight, but later realized that someone was harassing her. 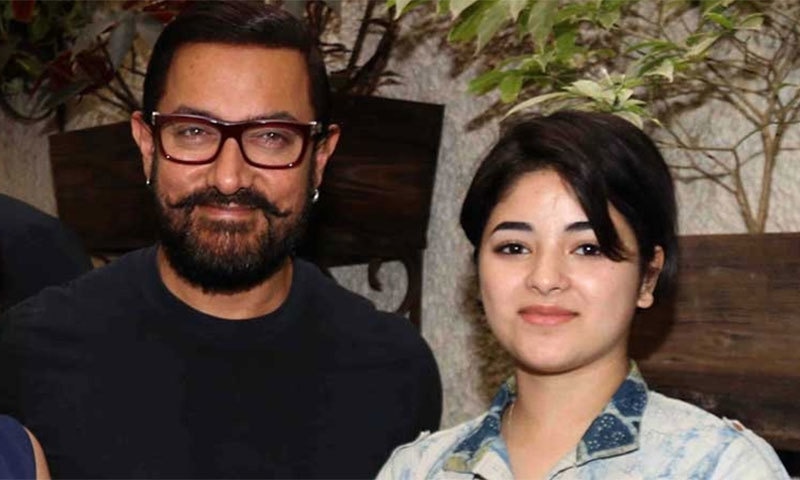 He added, 'I am calling for this because no one can help us unless we help ourselves'
According to Zaira Waseem, he also tried to make a video of the man, but due to darkness he failed to do so, but with the help of the flight staff, the police later arrested the man.

The actress also criticized the airline staff, saying that no one helped her, while the staff denied the allegation, saying such behaviour was not acceptable.

People should decide whether a democratic Pakistan should be