Saudi Arabia goes beyond Pakistan and India in empowering women

For the past three years, reforms have been underway in Saudi Arabia and the government has introduced a number of reforms that have made women independent.

In Saudi Arabia, where women were allowed to drive in the last 2 years, women were given many freedoms, including working with men, acting them, visiting abroad without the permission of a male guardian. Are.

Because of Saudi Arabia's initiatives, the World Bank has called it the "best country" for women's reforms and empowering them.

In its 2020 report titled 'Women, Trade Activities and Laws' by the World Bank, Saudi Arabia has been named the best country for women empowerment and reform for them.

The report examines the countries from 2017 to the present who have taken practical steps in the past 2 years to make women more independent, including legislation to empower them. 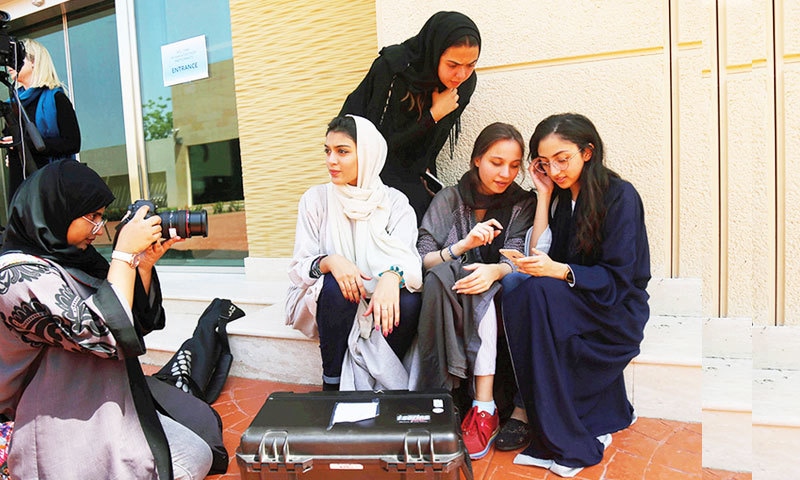 The World Bank placed 100 numbers for all sectors reforming countries, out of which Saudi Arabia received 71 numbers.

Worried about a Flu? Try These Tips

Related Posts
The United States denies Germany's charge of stopping "aircraft equipped with face mask"
Violence in Afghanistan escalates since US-Taliban deal, UN says
Farogh Naseem refused to resign
Delay in harvesting in Pakistan and India due to lockdown
800 bodies Died Due to Coronavirus found in the streets of Ecuadorian city
Mufti Kafayatullah was Injured in an Attack
France: Pastor imprisoned for 5 years in church sex scandal
Afghanistan: Baby girl survived despite being shot twice in the leg