Samina Ahmed was born on 11th February 1950 in Lahore, Punjab, Pakistan. She is a Pakistani Film and television actress, stage performer, producer, and director. She is a notable name of the Showbiz industry who has been seen in many drama serials as Grandmother. She has been an active member of the Women’s Action Forum in Pakistan.

She is a legendary Pakistani television actress who is attached to the Glamour industry for too many years.

She has started her career when was just 18 years old. When she enters the Showbiz industry, she got many offers and made her place prominent in the Showbiz industry. She is famous for her comic roles in various comedy serials. In 1979, she has been appeared in the popular drama serial "Waris” with Abid Ali, Firdous Jamal, and Uzma Gillani. Samina Ahmed has been seen in serval drama serials and gave life to her every character.

She got too much love for her comic role in a drama serial “Akkar Bakkar” and “Family Front”. She has worked on every genre but comic characters made her star in the industry. Samina Ahmed has played the role of Nani in every Barat Series, including “Dolly Ki Ayegi Barat”, “Azar Ki Ayegi Barat". In 2018, she has been seen in the drama serial "Suno Chanda” as “Bi Jan” with Iqra Aziz and Farhan Saeed. In 2018, she played the role in the drama serial “Mirat-ul-Uroos” with Mehwish Hayat, Aamina Sheikh, and Mikaal Zulfiqar. Her role in the famous drama serial “Daastan” is also worthless.

In 1985, She made her debut on the big screen in the film "Naraaz". After this film, she took a very long break from the big screen and again come back in 2014, in the film "Duhktar” with Samiyya Mumtaz and Mohib Mirza. In 2018, she again appeared in the Lollywood film “Load Wedding” with Fahad Mustafa and Mehwish Hayat.

Samina Ahmed is born to an ordinary and non-artist family. She's father serves as a Director Forest while her mother is a house lady. she is the elder one among her five siblings. Samina Ahmed got married to a filmmaker Fareed Ahmed, but they got separated after a few years. Samina has a daughter and a son from her ex-husband. After her separation, she serves a single life for a year and after that, she got married to Manzar Sehbai on 4th April 2020.

She has a degree of Masters in Economics from Lahore University.

Samina Ahmed tells her tragedy of her divorce:

She is a legendary actress of the Pakistani Showbiz industry. She faced a lot of problems in her marital life but she stayed strong. Samina Ahmed first married to filmmaker, Fariduddin Ahmed. They have a daughter and a son. In an interview, She shared how she got divorced from her husband. She and Fariduddin met on set and they become friends and after that their love story gets started. She said that after a few years they both get divorced because he is already in relation to his ex-fiancé Shamim Ara and they got married. She said that we can’t force anyone to live with us forcefully. This is the reason we both got separated.

On 4th April 2020, the two legendary actors of the Showbiz industry got married Samina Ahmed and Manzar Sehbai. Manzar Sehbai is also a famous Pakistani actor who appeared in Lollywood films and serials. He has worked in different drama serials and made his debut in film in 2011 with Shoaib Mansoor’s Bol for which he wins Lux Style Award. Recently they both married in a Private gathering. All of their fans and following wishes them a very happy married life. Samina Ahmed and Manzar both look stunning in their wedding pictures. We wished them a happy married life to them. 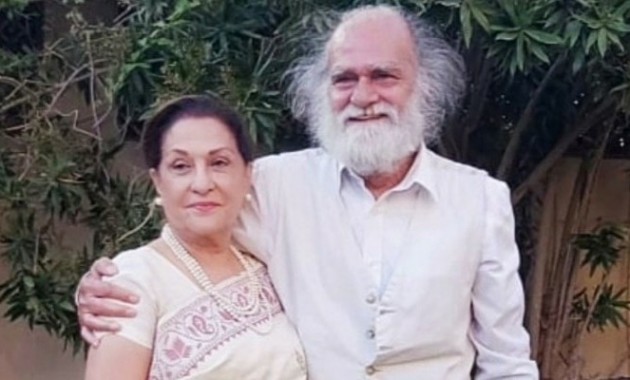 CANADA: At least 16 people were killed in gunfire by in police disguise