Rami Malek is an American actor and film producer born May 12, 1981. Revealed in small roles in many television series, he has experienced a meteoric rise since he donned the costume of Freddie Mercury in the biopic Bohemian Rhapsody (2018).

Born May 12, 1981, in Los Angeles, Rami Malek spent his childhood as close as possible to Hollywood Studios. In his bedroom, he spends hours “creating characters and imitating voices” of actors he has heard. While his parents saw in him a future lawyer, the young Rami Malek instead wishes to turn to film studies.

He then enrolled in acting classes at his high school: the famous Notre-Dame High School in Los Angeles. There, he meets the young Kirsten Dunst who already has two early roles to her credit. He graduated from this school in 1999 and, under the leadership of his theatre teacher, decided to continue his training at the University of Evansville.

His course in fine arts and audiovisual fascinates him and makes him aware of several subjects such as dramatic arts or special effects. A serious student, he graduated four years later, in 2003. For a year and a half, he struggled to get his first roles, but stayed in Hollywood and became a pizza delivery man.

In 2004, when he was about to give up the acting profession, he was contacted by a casting director who offered him a date. Luck smiled on him and he landed his first television role in the series Gilmore Girls that same year. He continues this momentum and plays the role of an Iraqi prisoner in the series Over There (2005). After another appearance in the Medium (2005) series, in which he plays a schizophrenic person, Rami Malek becomes Kenny, an endearing character from The War at Home (2005). 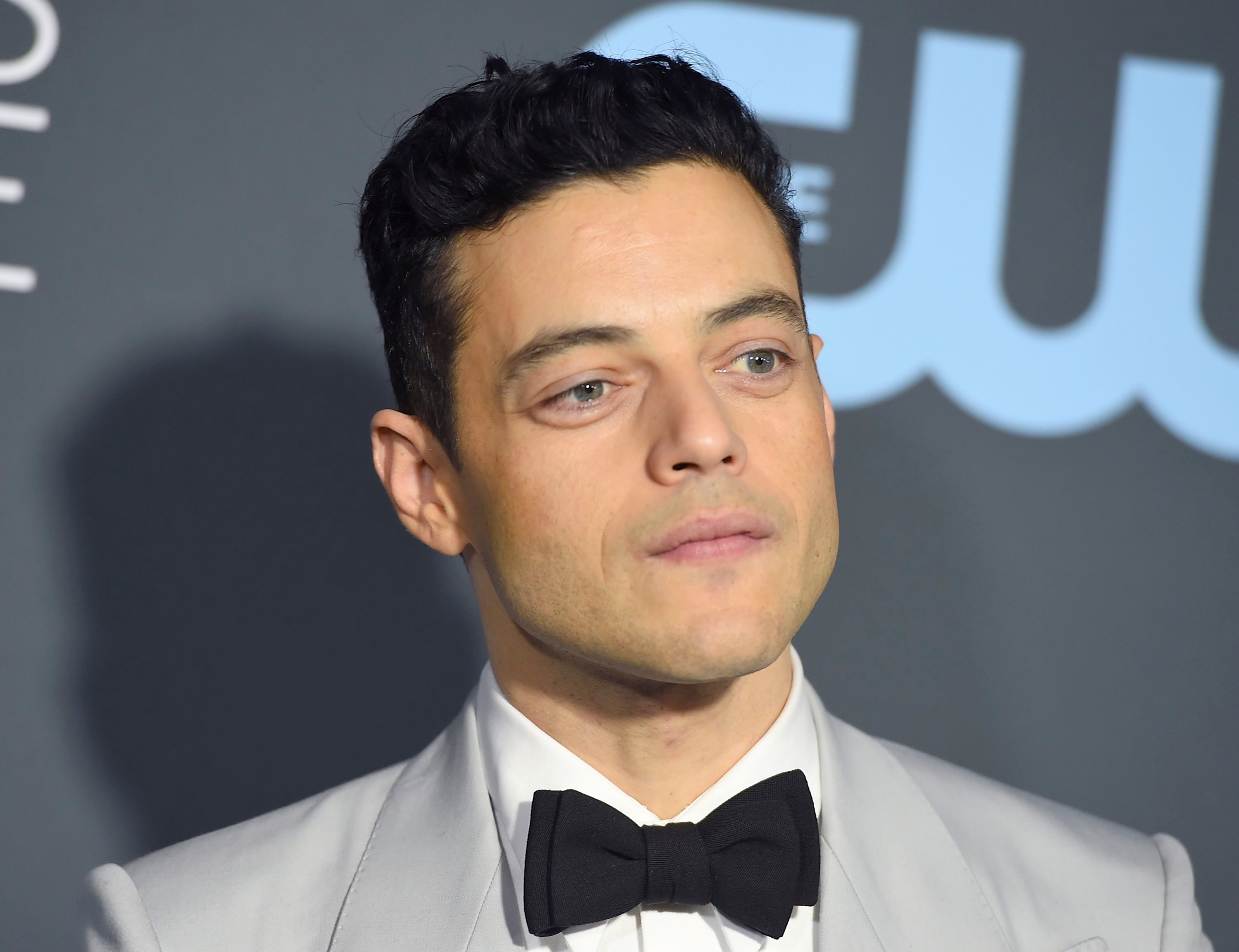 A meteoric rise on all screens

It was in 2007 that Rami Malek landed his very first contract in the world of cinema by successfully auditioning for the film Night at the Museum (2007). On this occasion, he obtained the role of Ahkmenrah which earned him the recognition of his peers Ben Stiller and Robin Williams. Two years later, he returns to the same role as Night at the Museum 2 (2009).

In the 2010s, he returned to the small screen and was featured in several flagship series such as season 8 of '24 (2010)', and especially The Pacific (2010), produced by Tom Hanks and Steven Spielberg.

On the set of the series "The Pacific" (2010), Rami Malek impresses Tom Hanks, then director, who decides to hire him for his next film. In "Larry Crowne" (2011), his interpretation of Steve Dibiasi is hailed by critics, but also by the general public.

He continues his ascent and approaches the fantastic cinema by integrating the cast of the last two parts of the Twilight saga, in Twilight, Chapter IV (2011) and Twilight, Chapter V (2012). Here again, her ability to play off the beaten track roles impresses.

The second half of the 2010s was marked by the seal of success with two roles acclaimed by the film industry: Elliot in Mr. Robot (2015).

Freddie Mercury in the biopic Bohemian Rhapsody (2018). While the film's script is not unanimous, the performance of Rami Malek and his ability to take the gestures of Freddie Mercury to place him among the most brilliant actors of his generation.

There is no Corona case in Wuhan today, a ray of hope for the world