First Lady Samina Alvi, the wife of President Arif Alvi, lamented that the same indecent themes were shown in Pakistani dramas, saying that the national dramas show nothing but wrong things.

According to the wife of the President, no construction work is being done in Pakistani dramas and she also spoke to some TV personalities on the issue, who told her that only dramas based on vulgar and bold themes get ratings. The first lady said that boys and girls are doing wrong things nowadays because of showing wrong things in dramas but she did not elaborate further. 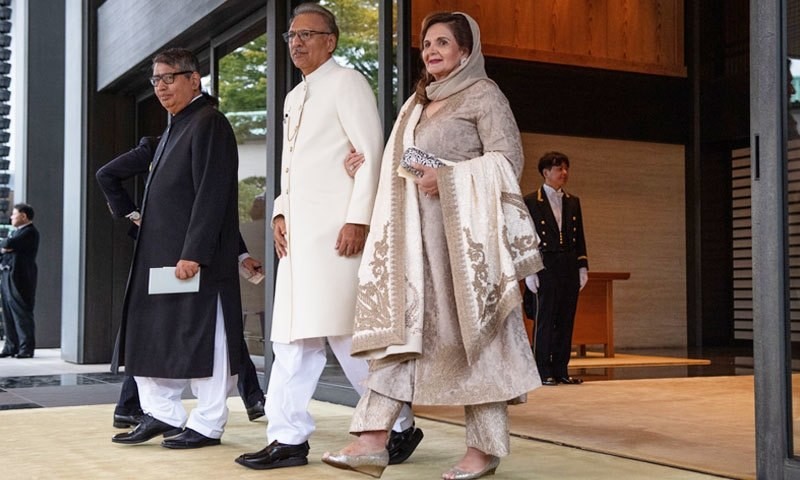 According to Begum Samina Alvi, children will do the same things that will be shown in dramas, so the themes of dramas should be changed and they should be constructive. He also linked the use of drugs in the new generation in the country with dramas, saying that was why drug use was on the rise. In response to a question, he praised the Turkish drama "Ertugrul Ghazi" aired on Pakistan Television (PTV) and said that it was a good drama and nothing was shown in a rude manner.

Samina Alvi also said that she watches talk shows to be the first lady and to keep an eye on politics. In the interview, the first lady praised Prime Minister Imran Khan's wife Bibi Bushra, calling her a polite woman and said that she spoke to him openly and well on every subject. Begum Samina Alvi termed the public opinion regarding the Prime Minister's wife as wrong and said that she has good access to every subject and her polite speech acknowledges her polite personality.

During the interview, she also talked to the President about the discussion on political issues and said that she keeps asking her husband to solve the problems of Karachi, the capital of Sindh province, including. She also said that when her husband was asked to become president, she disagreed with him for some personal reasons, but later she agreed.

In an interview, he repeatedly praised Pakistan Tehreek-e-Insaf (PTI) chief and Prime Minister Imran Khan and said he had asked his son to run for the National Assembly seat. It may be recalled that Samina Alvi along with her husband moved from Karachi to Islamabad in September 2018. Her husband Arif Alvi was elected the 13th President of Pakistan on September 4, 2018. Earlier, he was elected a member of the National Assembly from Karachi in the general elections held in July 2018, but the party decided to make him president.

Arif Ali had left the National Assembly to take over the presidency and moved to the Presidency with his family in September.

Pirates of the Caribbean Announced to Play by Female Lead