Nadia Jamil shaved her head during chemotherapy in May and was seen informing fans about her health on social media from day one. Over the past three months, Nadia Jamil has spoken of her frustration in a few posts and asked for prayers from her fans, saying that she was feeling very unwell and suffering.

Despite battling an incurable disease like cancer, Nadia Jamil has been seen speaking out against violence against children and women for the past three months and she has never given up despite severe pain and has never been disappointed with God's mercy. In mid-June, Nadia Jamil's condition worsened and doctors told her that she had a virus in her body, which led to a corona test, but fortunately, her corona test was negative. The actress' brain was scanned in mid-June and she was weakened by chemotherapy, but since last week she has started posting that her health is improving.

In early July, the actress said via Instagram and tweets that her mood is constantly improving and now she is feeling much better than before. And then on July 12, the actress shared photos from the hospital with her mother in her Instagram post, giving the good news to the fans that she has beaten cancer. Nadia Jamil used hashtags like Cancer Free, Diabetes and Sugar-Free in her post and thanked the fans including her mother, father and other family members for their prayers. 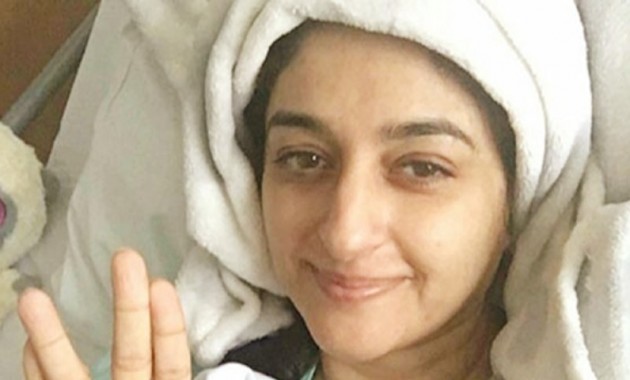 Although Nadia Jamil looked very weak in the photos, she was happy in her post and thanked God that she was able to overcome the incurable disease. While the actress had talked about getting rid of cancer, she revealed that she had been diagnosed with diabetes during the course of treatment and was now being given insulin injections. The actress had clarified that although she is free from cancer, she will remain in the hospital for a few more days and now she has been discharged from the hospital.

Nadia Jamil said in her Instagram posts that she was discharged from the hospital and now although she is free from cancer, she has developed diabetes and will continue to receive insulin injections.

Related Posts
ALI SETHI`S PRESENTATION OF ‘DIL KI KHAIR’
The hatred of Muslims is the purpose and life of the ruling party BJP: Mahesh Bhatt
Fifth Marriage of Noor Bukhari with her ex-husband?
It is because of Pakistani people that dramas like 'Ertugrul' are not made in the Pakistani industry; Muneeb Butt
Veena Malik Also Issues Rs 50 Crore Damages Notice to Her Ex-husband
Nadia Jamil Succeeded in Defeating Cancer
The Spanish novelist who blends philosophy into the story
Rabbi Pirzada Approached the FIA's Cybercrime Wing