The Turkish drama "Ertugrul Ghazi", which has been airing on Pakistan Television (PTV) since April this year, although showbiz personalities have been divided before, is still receiving differing views from actors. Most of the showbiz personalities believe that 'Ertugrul Ghazi' should be aired in Pakistan but it is not appropriate to run it on state TV. However, some actors are also in favor of airing Turkish dramas on PTV.

Ertugrul Ghazi has recently been supported by senior and well-known actress Laila Zuberi and she also believes that the Pakistani drama industry should make dramas like these. In a recent interview, Laila Zuberi was seen talking about Pakistani and foreign dramas, during which she opposed the airing of all foreign dramas and content in the country, but surprisingly, she appeared to support 'Ertugrul Ghazi'. 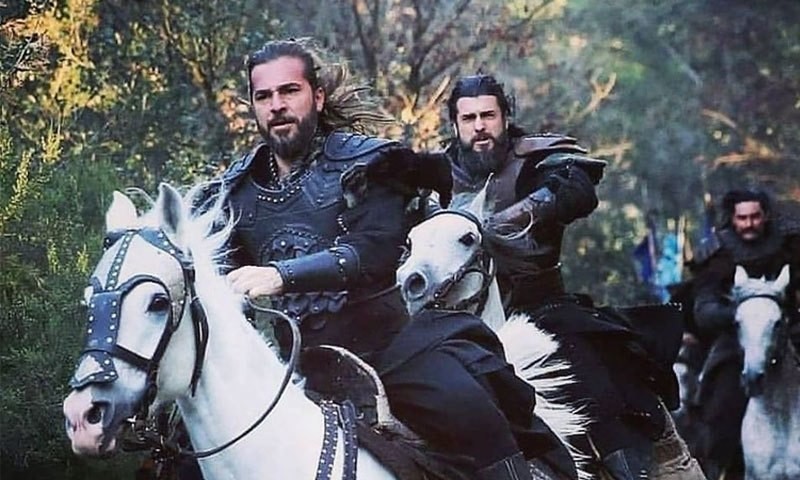 In an interview, Laila Zuberi said that she has been against foreign content, especially Indian content, from the very beginning, as broadcasting foreign content here would harm local content. The actress also said that Indian content is very bold and has no place in our society. Similarly, she went on to say that when it comes to 'Ertugrul Ghazi', she thinks that such dramas should be aired in Pakistan.

He termed Turkish drama as brilliant and stressed that Pakistani playwrights should make such plays, but at the same time, he admitted that dramas in Pakistan do not have such a big budget. It should be noted that 'Ertugrul Ghazi' has been airing on PTV since April. Personalities like Shaan, Yasir Hussain, Reema, and Mansha Pasha have also expressed anger over the airing of the said drama on state TV.

A post shared by Entertainment popcorn (@entertainment_popcorn_offical) on Aug 3, 2020 at 7:21am PDT

However, many personalities have also supported the drama being aired on state TV. About 100 episodes of 'Ertugrul Ghazi' have been aired in Pakistan so far and the drama has set new records of popularity in Pakistan. The popularity of this drama can be gauged from the fact that the main actor in this drama Esra Bulgich has also become an ambassador of Pakistan's mobile network and mobile phone brands.

On the occasion of Eid-ul-Adha, private TV ARY, including PTV, had also aired interviews with the main actors of 'Ertugrul Ghazi', Engin Altan Dozitan and Cengiz Coskun, in which he thanked Pakistani fans and He had expressed his desire to work in dramas and films.

Related Posts
Demand for Ban on Nida Yasir for Inviting Parents of Raped Girl to the Program
The Queen Elizabeth II's birthday will not be celebrated in the UK
Bushra Ansari: Until people take Corona seriously, I will not come to Pakistan
Youngsters Who Blackmail Saudi Women reached to Their End
The film industry was not getting the attention it deserved
Owners give leave to their employees with salaries, Mahira Khan
Waseem Akram, thanks to his wife's actions
Asim Saleem Bajwa's resignation not accepted: PM Imran Khan