The renowned actor of Pakistan, Kubra Khan, is currently playing the play 'Alif' in which Ahasan Khan plays a leading role.

In this play, Kubra Khan plays the role of 'Husn e Jahan', who falls in love with calligraphy and shoots the showbiz.

Kubra Khan is receiving a positive response from both fans and analysts because of his role.

The actress shared a post on her Instagram account in which she described the role of 'Husan Jahan' as the most important part of her life.

Kubra Khan also shared a picture of her character in this post and wrote, "Husn e Jahan, I have not played the role of Husn e Jahan but rather live this role, every actor plays a role in his life or someone Definitely chooses a script that changes his life '.

The actress further wrote that 'Husn e Jahan proved to be the only moment for me; this character gave me courage, faith, patience and helplessness. This role will always be an important part of me'.

According to Kubra Khan, 'It will sound like a speech, but the love I got and the lessons I learned are so much more than any award'.

At the end of the post, Kubra Khan thanked God and wrote that he is the best he can plan.

It is to be noted that the story of 'Alif' play was written by Umairah Ahmed, directed by Haseeb Hasan.

In 'Alif', Hamza Ali Abbasi plays the role of a proud and talented filmmaker named 'Qalb e Momin', while Sajjal Ali appears as a girl named 'Momina Sultana' who wants to become an actress. 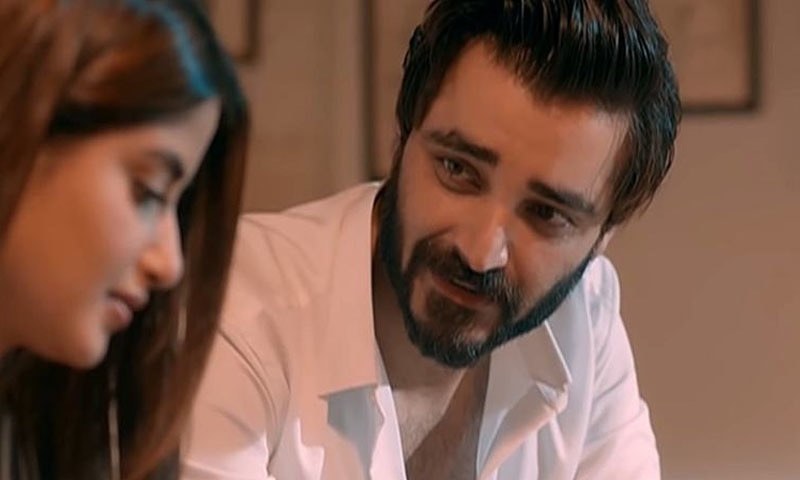 Sajal Ali and Hamza Ali Abbasi play key roles in the play - Photo: Screenshot
The play was sung by OST (Original Soundtrack) Shuja Haider and Momina Mustehsan, while its compositions were given by Shuja Haider.

It is to be noted that 'Alif' is the last drama of Hamza Ali Abbasi's career, it was only during the shooting of this drama that Hamza Ali Abbasi announced that he would leave the showbiz industry.