Born on October 2, 1938, the actor – also known as `Chocolate Hero’, was a Pakistani film actor, producer and scriptwriter. He graduated from the S M Arts College Karachi and then earned a master's degree in English literature from the University of Karachi.

The birth anniversary of a legendary film star is being observed on Wednesday (October 2).

He was born in Sialkot. Murad started his film career from film Aulaad and performed as a hero in scores of films.

Many of his films hit the box-office after celebrating silver and golden jubilees. His film Armaan was the first one in the country, which won the status of platinum jubilee. He died on 23 November 1983 in Karachi. 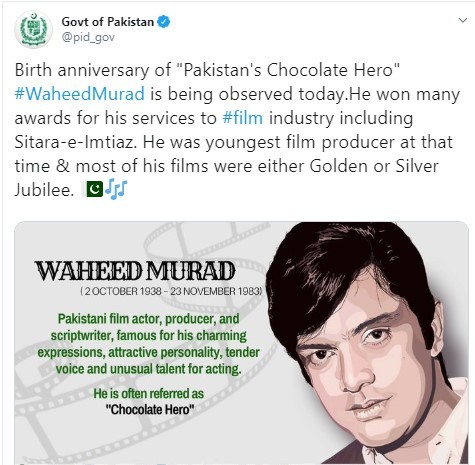 US Embassy in Islamabad also tweeted about him 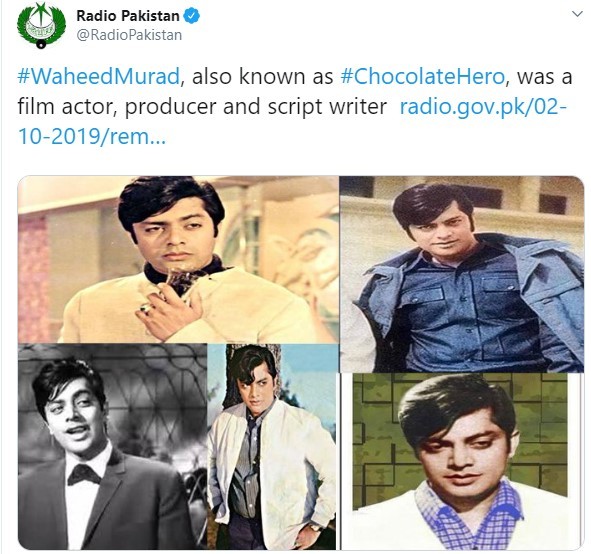 The Gossip.pk also Pay tribute to him May his soul rest in Peace.