She achieved world fame after playing the character of Hermione Granger in the Harry Potter film series, from 2001 to 2011. In 2013 for the interpretation of Sam in The Perks of Being a Wallflower she won the Best Actress Award assigned to the San Diego Film Critics Society Awards, a People's Choice Award for Best Actress in a Motion Picture Drama, and several other accolades.

During the same year, Emma was awarded the MTV Trailblazer Award at the MTV Movie Awards, awarded to "a young actor who managed to inspire others with a diverse portfolio of work and a transcendent reputation in the public eye". In 2014 she received the BAFTA Britannia Award as the best British artist of the year, while in 2015 the Time magazine included her in the list of the 100 most influential people in the world. 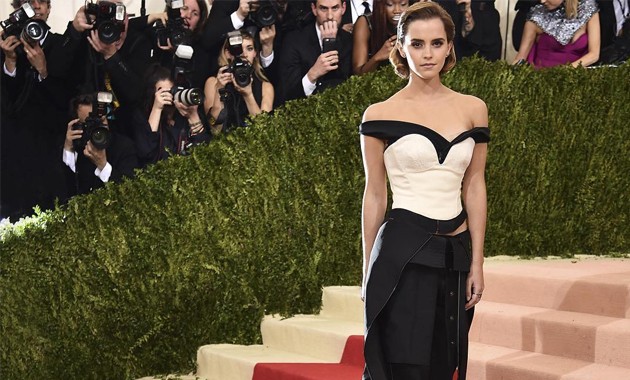 Emma Watson was born on April 15, 1990, in Paris, where she lived until the age of five, daughter of Jacqueline Luesby and Chris Watson. Following the divorce of her parents, the children settled with their mother in Oxfordshire but spent a few weeks at their father's house in London. She attended the first two years at the Brown University of Rhode Island, studying History, and then moved to the University of Oxford, at Worcester College. For the last year of studies, Watson returned to Brown University, and then graduated, on May 25, 2014, in English literature.

Emma Watson in a Relationship with Leo Robinton

Emma Watson, star of the Harry Potter saga, is in a relationship with a Californian entrepreneur. In the greatest discretion, the actress would spin the perfect love for several months with a certain Leo Robinton.

Emma Watson has achieved the feat of keeping her boyfriend's identity a secret for months. Today, the American media have finally discovered who the man she spends the perfect love is.

It is believed the relationship is so serious that Emma has even introduced her new love to her parents! 😍📸 Zed Jameson/BACKGRID/ Instagram

Emma Watson's interest in acting begins during her school years in Oxford, where she participates in many dramas (in Arthur the Young Years, she plays the Fata Morgana role and plays in a play of The Happy Prince. The role of Hermione Granger was her first major acting role.

In 1999, auditions for Harry Potter characters began. Cast agents hired Emma to audition. After eight hearings, producer David Heyman announced that she had landed the role of Hermione Granger, whom young Watson played in Harry Potter and the Philosopher's Stone (2001).

On July 9, 2007, Emma took part with Daniel Radcliffe and Rupert Grint in the ceremony called "Hands, Feet and Wands Ceremony" which took place in front of Grauman's Chinese Theater in Hollywood.

"With Columbus, there was a hilarious side: Hermione was pedantic and arrogant, a little Lady. Then Alfonso brought out the girl-power element in her, and that suited me because I was becoming a teenager. Later, Mike Newell brought out his sensitive side as a vulnerable and insecure girl. "

Meanwhile, in December 2008, The Tale of Despereaux, an animated film inspired by the novel by Kate DiCamillo, where Watson voices Princess Pea, was released. Emma Watson also plays Irina, in March 2010, in the play Three Sisters of Chekhov staged by her University, Brown.

In 2009 she was involved as a creative consultant for People Tree, a fair-trade fashion brand. The actress then creates a clothing line for spring/summer 2010 and continues to participate in this project with the creation of the spring/summer 2011 collection. In March 2011, a new ethical fashion line inspired by the sixties/seventies was released, created by Emma and Alberta Ferretti. Emma represented the face of Burberry for the autumn/winter 2009 and spring/summer 2010 campaigns alongside her brother Alex Watson, musician George Craig and Douglas Booth.

In 2010, Watson appeared in the video of One Night Only music video Say You Don't Want It, released on June 25, 2010, and shot in Brooklyn. In this video, Emma plays the part of a "chic" dog (in the video, however, she always appears as a person, except in the final cut) who gets lost and, disoriented, is accompanied through the streets of New York by another dog, a stray, played by group frontman George Craig. The two boys, following an interview granted, stated that the story is inspired by the Disney film Lady and the Tramp.

In 2010 Emma Watson, together with colleagues Daniel Radcliffe and Rupert Grint participated in the campaign of the American Libraries Association, called READ. Also, in 2010, she was hired for the role of Lucy in Marilyn, whose shooting ended in November of the same year. In 2011 it was announced that Emma would be the new face of the French cosmetic house Lancome and, in the same year, she was named "Most Beautiful Face of 2011" at the 22nd edition of the Independent Critics List of the 100 Most Beautiful Faces.

On 7 July 2014, Emma Watson was appointed Goodwill Ambassador, goodwill ambassador, by UN Women, the United Nations organization that deals with gender equality and the equal role of women in the world. Phumzile Mlambo-Ngcuka, executive director and undersecretary-general of the agency, said the actress's "intelligence and passion" will help deliver the UN Women's message of equality to her peers. In this institutional role, the feminist. The speech receives an ovation.

In 2015 Malala Yousafzai, during an interview with Emma Watson herself, claimed to have become a feminist thanks to her speech in 2014. Among the various initiatives for the campaign, Emma Watson launched "Our Shared Shelf", a virtual book club and feminist, on the Goodreads platform. She also took part in the opening ceremony of the One Young World Summit in Ottawa by meeting with Canadian Prime Minister Justin Trudeau.

In October 2016, she visited Malawi on a UN Women's mission to witness the progress made to eliminate forced marriage for girls. In previous years she also visited Bangladesh and Zambia to promote women's education. In February 2018, she donated £ 1 million to a new British foundation for women victims of abuse and harassment at work.