Actor Mohammad Ahmad Khan, who gained fame by playing the role of a compelled father in dramas like 'I have you, listen, Chanda, Aini Ki Aaye Barat, Ehd Wafa, Raswai and Yeh Dil Mera', has revealed that the Pakistani drama industry Standing on the horns of only three people. According to Mohammad Ahmed, the three people on whose horns the Pakistani drama industry stands are standing with their horns together.

According to the senior actor, the three men have their horns on 'rape, divorce, and illicit relationships' and most of the dramas are being made on these topics. In an interview with BBC Urdu, in response to a question, Mohammad Ahmad Khan said that if he was given a chance to change the industry, he would only change the mindset of those working in the industry. 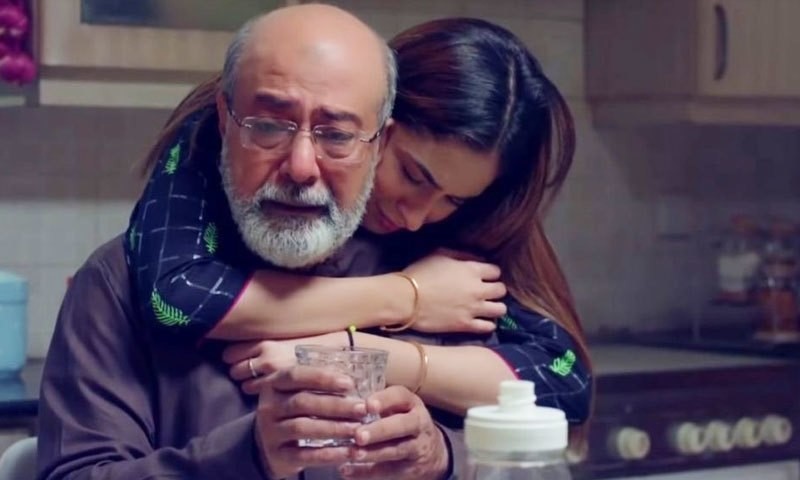 Mohammad Ahmed added that he is given the role of a compelled father in every play and he has to die in almost every play. He said that now before working with the playwrights, he finds out in which episode he has to die. Mohammad Ahmed revealed that soon his drama 'Olad' will be aired, in which he will not die. However, after the said drama, another drama will be aired, in which his death will be shown once again.

When his death was shown in dramas, Mohammad Ahmed added that since heroin is portrayed as weak and oppressed in dramas, its support is taken away to weaken it, which led to his death in dramas. Happens. He admitted that he got more attention from the movie 'Cake', after which he became the father of heroines in various dramas and now people know him as an actor who plays the role of a father, who is known in almost every drama. He also revealed that he had suffered from depression in the past and said that in the past he had difficulty writing plays and had to convince people that he could still write. According to Mohammad Ahmed, he has recently written a script for filmmaker Mehreen Jabbar, but he realizes that Mehreen Jabbar's projects are hardly funded by investors.

He also said that he has written a script for playwright Nadeem Baig. In response to another question, Mohammad Ahmed said that he is the father of daughters, so his acting also reflects a good father. He expressed his desire to play a comedic role.
It is believed that Mohammad Ahmed started his career as a writer, but he also showed the essence in acting, including writing plays and films, and at the same time he has been writing poetry.