Recently, pictures of Farhan Khan Sherwani, the owner, and photographer of a Pakistani youth content creative agency, similar to Bollywood's chocolate hero Ranbir Kapoor, caused a stir on the internet.

Seeing the pictures of Farhan Khan Sherwani, a young man from Lahore, not only Pakistanis but also Indians were deceived and understood him as Ranbir Kapoor. Before Farhan Khan Sherwani's photos went viral, in April, photos of Arab fashion blogger Rosa, a counterpart of Pakistani actress Mahesh Hayat, made a splash on the internet, and for the first time, people who saw Rosa's photos considered the Arab blogger a Pakistani actress.

While Rosa's photos went viral in Pakistan, her photos were also liked in the Middle East and India. And now pictures of a young Pakistani actress Iqra Aziz, a Lebanese architect-like girl, have hit the internet, which at first glance looks like an original copy of the Pakistani actress.

Like the common people, the sister of the actress was deceived after watching the video of Iqra Aziz's Lebanese girl and she also considered the Lebanese girl as her sister at first sight. 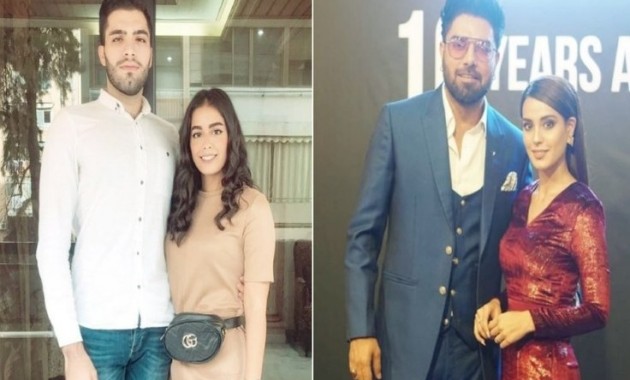 Iqra Aziz's sister Sedrah Aziz shared a video of a Lebanese Arctic girl in her tweet and wrote that she also thought that the girl in the video is her sister Iqra Aziz. At the same time, he made it clear to the people that the girl seen in the video is the same form as Iqra Aziz. A video shared by Sedrah Aziz shows a Lebanese girl dancing to an Arabic song with her fiance in a car.

For a minute I thought.. but no no this is another beautiful human being guys. Relax. https://t.co/E3iL1EbZn4

The Lebanese girl also thanked the Pakistani people for identifying herself as Iqra Aziz.