CANADA: At least 16 people were killed in gunfire by in police disguise

A gunman shot and killed 16 people, including a female police officer, in the Canadian province of Nova Scotia.

Canadian authorities say the gunman was killed 12 hours after the shooting, according to the American News Agency Associated (AP).

Authorities have advised residents of the Nova Scotia village of Portapica to stay in the firing case.

Earlier, the police had reported that the suspect was riding in a police car, which targeted people at several places in the area.

In connection with the aforementioned incident, it was said that the police were collecting the details of the dead and further casualties were also expressed. 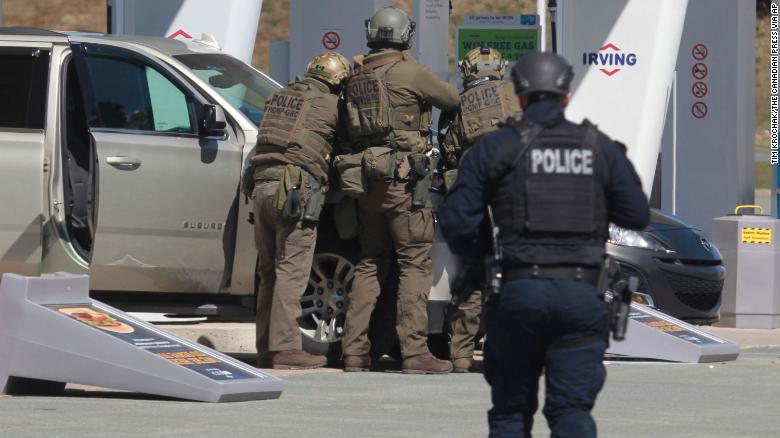 In addition, the BBC reports that Royal Canadian Mounted Police Constable (RCMP) Heidi Stevenson, who served in the military for 23 years, was among those killed.

Assistant Commissioner Lee Bergerman, commanding officer of Nova Scotia's RCMP, wrote in a Facebook post that Heidi Stevenson responded while on duty and lost her life while serving.

He said two children lost their mother and one man his wife, while parents, along with their children, lost many of their friends and relatives.

On the other hand, Stephen MacNeill, Premier of Nova Scotia, told reporters, "This is the most tragic incident of violence in our province's history."

In addition, the alleged attacker was identified as 51-year-old Gabriel Wortman by Nova Scotia police.

According to local police, the armed assailant did not work in the Royal Canadian Mounted Police but was 'wearing an RCMP uniform'.

Police also said that the armed man changed cars after some time, but police provided little details about the attacker's death.

It should be noted that gun laws in Canada are stricter than in the United States, and such incidents are rare in Canada.

Earlier in 2019, two fugitive youths confessed to the murder of three people, including an Australian-American couple who came for a holiday in northern British Columbia.

Related Posts
US President Donald Trump imposed travel sanctions on 26 European countries
Unexpected firing at LoC
Lockdown: Significant decline in electricity, gas and oil demand in the country
Australia rejects China's threat of 'economic repression' over corona virus probe
Doctors Removed 7kg kidney from the Patient.
Iran's Proposals to build a five-member block to deal with region's problems
Iran releases former US Navy officer 683 days later
There is no evidence to support the US claim that the virus was developed in Wuhan's laboratory: WHO