Ayla was born in Mianwali on 6 October 1970. She completes her early education from Pakistan, and she moved to abroad for her higher education. She belongs to a political family. Her grandfather ‘Amir Muhammad Khan’ was the Governor of West Pakistan. Her sister Samaria Malik is also a politician. She is now the most important part of political Party PTI.

Ayla Malik is the daughter of Allahyar Khan. She is the granddaughter of Malik Amir Muhammad Khan. She has a liberal family as well as a political background. Her sister was also a politician. Moreover, her uncle ‘Sardar Farooq Ahmad Khan Leghari’ was also the former Pakistan president. She was married with ‘Sardar Yar Muhammad Rind,’ but now she has divorced with him. She has two children.

Ayla comes to politics in 1998 then she became a member of the Millat Party. She served as the General Deputy Secretary of the Millat party. She was also serving as an MNA from the platform of National Alliance from the year of 2002 to2007.  In 2011 Ayla joined the PTI.  Now she is the central part of PTI, and she had been the campaign Manager overall the district and in that PTI won every single seat. 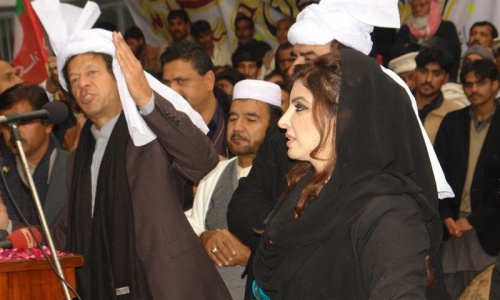 In the month of July 2013, Ayla was disqualified by the ET (Election Tribunal) and LHC ( Lahore High court)  for submitting her fake intermediate degree before the Election. Justice Mamoon Rasheed and Justice Ayesha Malik, laid down its Verdict declaring Ayla is ineligible for the bye-polls.

Ayla Malik’s net worth is $1 Million - $5 Million (Approx.).  She earned money from being a politician, and her annual salary is under review. Now she is likely to see an increase in her pay.