Coke Studios has released a video of Asma ul Husna in the voice of renowned singer Atif Aslam which not only won the hearts of the people in the month of Ramadan but was also watched 200,000 times in the first 2 hours.

In the past, Coke Studios has not only released praises to the voices of other singers including Atif Aslam. He has also released uniquely recited Naats which have won the hearts of the fans. 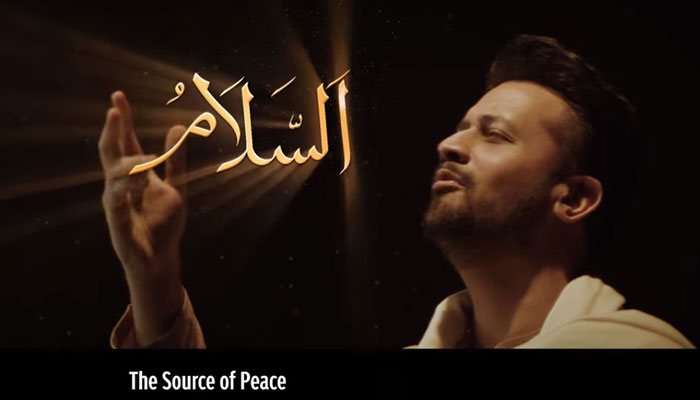 "Wohi Khuda hai" has been recited by people other than Ustad Nusrat Fateh Ali Khan and Atif Aslam, but the praise recited in the voice of Atif Aslam was highly praised.

In the 8th season of Coke Studio in 2015, Atif Aslam had won the hearts of the fans by singing the Tajdar e Haram Qawwali in a unique way.

The Tajdar e Haram was also initially sung by the famous Qawwal Ghulam Farid Sabri, then by his son Amjad Ali Sabri, while other singers besides Atif Aslam also sang this Qawwali.

He was also praised for Azan by Atif Aslam. The video of the Azan in the voice of the singer came out last month in April 2020.

And now Coke Studios has released a video of Asma ul Husna in the voice of Atif Aslam which became popular as soon as we saw it.