Basically Mehndi is a paste obtained from grinding the leaves of the Myrtle shrub so its also called “Myrtle” or also called “Henna or Heena”. There are so many types of mehndi or so many traditions to designs the mehndi according to the environment, functions, or occasions.

The fascination towards Arabic bridal mehndi designs has grown manifolds last some years. It provides the breath of fresh air to traditional design of mehndi,  along with the uniqueness and modernity. Arabic mehndi involves the artwork of flowers along with geometric patterns, resulting in beautiful, pretty, and bold designs.

What are the Arabic Mehndi designs?

A mehndi party is a pre-wedding celebration in Hindu and Sikh culture when the Bride has the orange stain applied to her palms. People thought  Mehndi is associated with positive spirits and good luck. 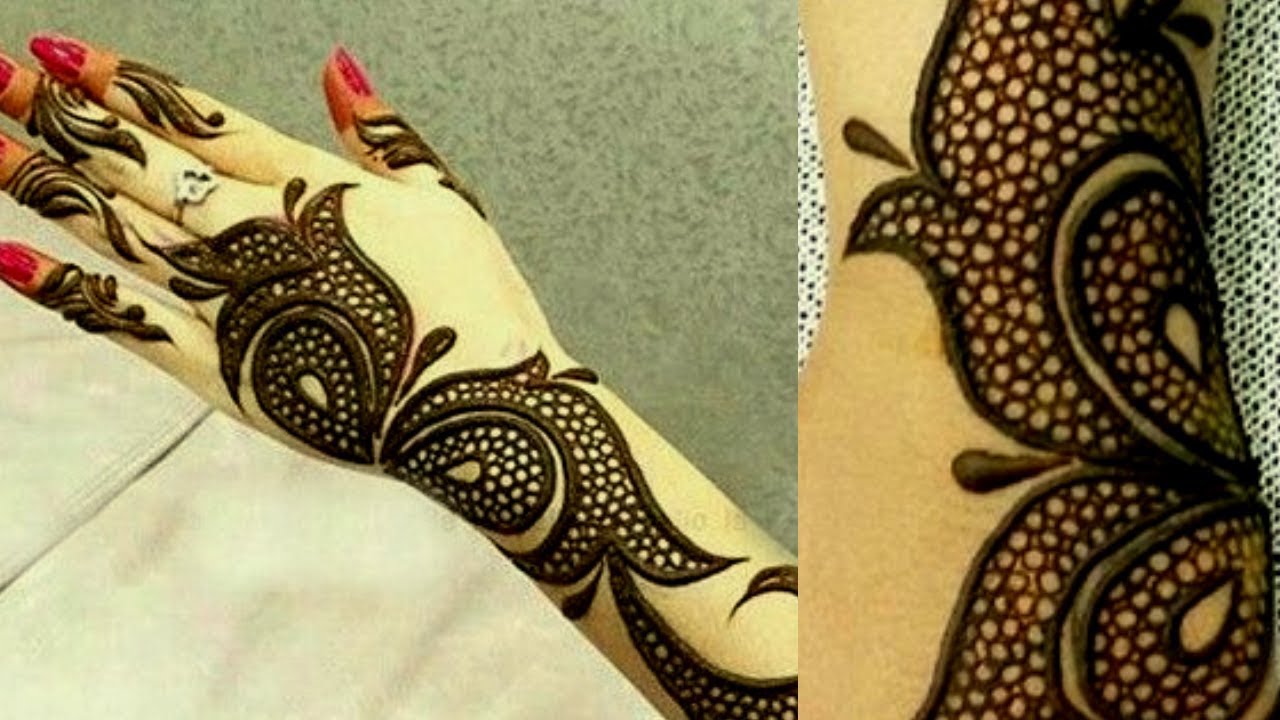 Kids are so fond of mehndi. They are so intense when they see mehndi to their mother’s hand or some one’s hands. They attract beautiful designs and especially the beautiful smell of  Henna.

The regular and leaf-inspired designs just behind the wrist along with the various textures emitted by the mehndi patterns for kids.

The designs for the kids and little girls should be easy, cute, and short.  There should be simplicity like only on the fingers or only on their palms.  It can dot designs or small petals or maybe small flowers. It can be their name write in their palms that can excite the Childs. You can create designs for a child by any beautiful mehndi pattern by minimizing that according to the child’s hand.

It is much better and innovative to put mehndi on their fingers only  .it will look cute and generally simple and take less time. 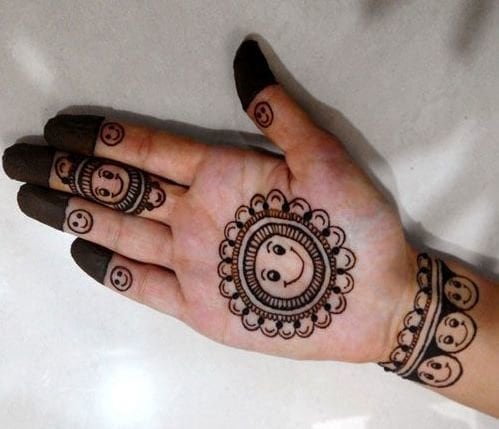 Everything changes as we grow up but one thing is as same it didn’t change and what is that?

People’s love for mehndi remains constant. Women of all ages love to have mehndi on their hands and some love to have on their feet also. Some like traditional designs but some like simple designs only on fingers and some girls of today’s age love to have glitter henna on fingers or white henna, minimalistic designs, and Henna Tattoos on their various parts of the body, especially on fingers.

Mehndi usually lasts for at least one or two weeks. Henna works by staining the outer layers of the epidermis, permanently. The latest mehndi designs are full of floral patterns with visible Patels with shades and fillings the flowers are applied with the tone of spirals and delicate twig styles. If you are good enough you don’t need any artist you can design by yourself with little effort. Arabic designs are so popular because they are amazingly easy to apply and unique styles are gaining new heights of popularity.

Crisscross patterns are the new edition that enhances the beauty of floral designs these patterns have so beautiful effect over the hands if u want to get whirling motives these designs have separate series for arms.

Arabic henna style has some designs that are perfect to apply on feet while you are wearing silhouettes on some wedding event with little effort u can get magnificent and fascinating looks.

Related Posts
Best Hair Straightener You can Buy in Small Budget
Fashion Review: Khaadi Summer Collection 2020
Pakistan's first 'Virtual Fashion Show' will start today
Why Red Lipstick has such Long-Lasting Cultural Staying Power
Can A Woman Wear A Men’s Fragrance
The Pakistan Fashion Week (PFW) postponed Due To Corona virus
This pair worn by a British princess can be yours too
virtual fashion show: Zara Abid Tribute to the doctors who fought Corona