The actress said that she had punched her ex-husband when they were engaged in an argument and she remembered that in the past her husband had pushed one of his girlfriends down the stairs. While Amber Heard confessed to abusing her husband in a July 22 statement, she told the court on July 23 that her ex-husband had once attacked her with empty bottles of alcohol as if he had thrown a grenade at her.

According to another Reuters report, Amber Heard denied further violence allegations against Johnny Depp in court on July 23, saying she did not break her ex-husband's finger or throw empty bottles at him. Amber Heard told the court that Johnny Depp, in fact, attacked her in Australia with empty bottles of alcohol like grenades and she threw that bottles at the actor in self-defense. 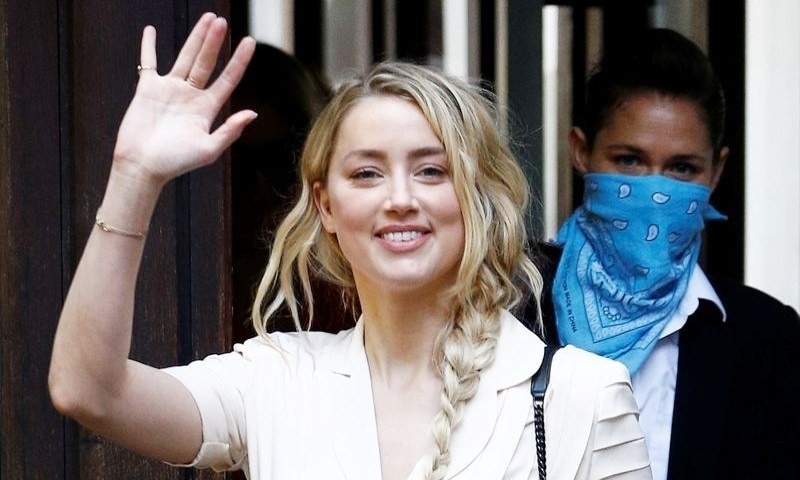 Amber Heard also denied allegations that she injured Johnny Depp with a cigarette on his cheek and neck. According to the actress, Johnny Depp used to burn his body with a burning cigarette in front of her and because her ex-husband was used to torturing himself, his whole body was burnt. In the same case, on July 21, Amber Heard denied allegations by her ex-husband that she had never had an affair with billionaire Elon Musk and co-star James Franco.

Earlier, Johnny Depp told a London court that his ex-wife, Amber Heard, had had an affair with Elon Musk and James Franco shortly after their marriage. In the case, Amber Heard told the court on July 20 that her ex-husband had threatened to kill her and other men to "rape" her. In this case, Amber Heard will record a statement one more day while Johnny Depp has completed his statements.

The case is being heard in the London High Court, although it is not directly between Amber Heard and Johnny Depp. The case was filed by Johnny Depp in 2018 against the British newspaper The Sun.

Related Posts
Two new polio cases have come in the country, bringing the number to 27
The Gujranwala Sessions Court has become a battleground
An area of Pakistan where waterfalls and lakes were frozen
Police arrested a 16-year-old boy after he was diagnosed with epilepsy
The White House fears the truth, Speaker Nancy Pelosi said
India should be included in countries violating religious freedom, US Commission
PEMRA BANS PEPSI ADVERTISEMENT
A grant agreement for a rural project with Australia