To this day, everyone has been enjoying the features of the Hollywood character 'Spider-Man', who climbs tall buildings like a spider in seconds and enjoys his rivals in the blink of an eye. However, soon moviegoers will be seen enjoying the tricks of 'Spider-Woman', a woman who shows similar skills.

Yes, there is news that the famous Hollywood production house Sony will soon start working on the movie “Spider-Woman” under its Marvel production house. According to the showbiz website Variety, Sony Pictures has signed a deal with filmmaker Olivia Wilde, to direct the upcoming film. Although it is not yet clear which films Olivia Wild will direct for Sony Pictures, there are reports that she will direct films based on female lead roles, the report said. It is believed that the character of 'Spider-Woman' will be introduced in his full film, after which it will be included in the films of other science fiction comic characters. It is too early to say when the 'Spider-Woman' movie will be released, but it is thought that the shooting could start next year after confirming more details about the project by this year.

There are reports that the story of 'Spider-Woman' will be written by well-known writer Katie Silberman and the said film will be directed and produced by women. Interestingly, Olivia Wilde, 36, is also an outstanding actress and has won numerous awards for her outstanding performances. It is being speculated that she may appear in the role of “Spider-Woman” herself, but it is too early to say anything in this regard.

Prior to Sony Pictures, Disney Studios also announced that it would make its popular film series "Pirates of the Caribbean" with a female lead. Disney had confirmed in June this year that Pirates of the Caribbean, based on the female protagonist as the male protagonist, would be released. Earlier, Sony Pictures' Marvel Studios and Disney had hinted at making several films starring women and now they have started it regularly. 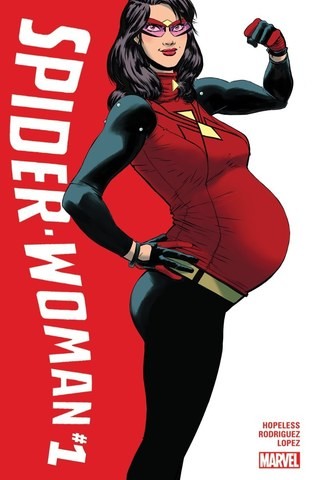 Related Posts
IS Wasim Akram ready to Romance with wife on Film Screen?
The Movie "Parwaaz Hai Junoon" Will Be Released in China Next Month
Tom Cruise Plans to make a movie in space for the first time in history
The first trailer of the thriller Hollywood film, 'Fast and Furious 9' has been released
The Trailer of ‘Zindagi Tamasha’ has been removed from Youtube before its release
Hassam Khan reveals a poster for his upcoming film Azaad set to release in 2020
"Inception" The Film That Continues to Confuse Viewers Even After 10 Years
Coco, Marley & Me and some other movies that will make you cry