In Pakistan cricket, the echo of match-fixing has once again reached its peak and a new Pandora's box has opened in this regard following the revelations of the former chairman PCB.

Umar Akmal was recently banned for three years for violating the PCB's anti-corruption code.
Meanwhile, there is a debate on giving a chance to Saleem Malik, who was banned for life due to fixing in the past, in Pakistan cricket again. 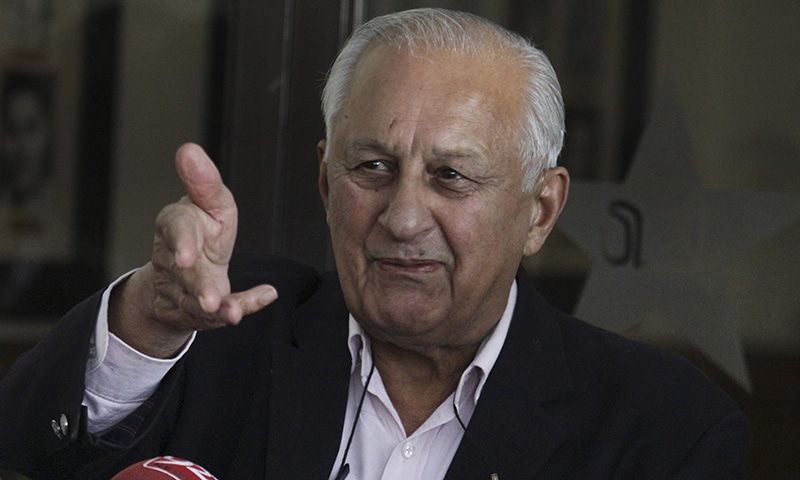 He said that Wasim Akram had offered direct match-fixing to former fast bowler Atta-ur-Rehman for under-performing and in return, he has offered Rs 2-3 lakh in the 90s.

He said that as a result, Atta-ur-Rehman bowled poorly and was paid by Wasim Akram, which he had confessed in the affidavit submitted to the Justice Qayyum Commission.

It may be recalled that former national team captain and legendary wicketkeeper Rashid Latif had for the first time exposed match-fixing in Pakistan cricket on the occasion of his 1995 tour of Zimbabwe and South Africa and had leveled allegations against teammates Saleem Malik and others.

That same year, Australian spinners Shane Warren, Tim May, and Mark Waugh revealed that Saleem Malik had offered him a bribe for not performing well during his 1994 tour of Pakistan.

On the basis of these allegations, the government of Pakistan had in 1998 constituted a judicial commission headed by Lahore High Court Judge Malik Mohammad Qayyum and ordered an inquiry into the allegations.

The commission was set up by the then PCB chairman Khalid Mahmood, whose hearing had been going on for a long time and the players had leveled serious allegations against each other.

A few years later, the life ban on both Attaur Rehman and Saleem Malik was lifted.

Continuing his speech, Khalid Mahmood said that in view of intense pressure, Atta-ur-Rehman had retracted his affidavit in which he had said that Wasim Akram had offered him to be a part of match-fixing.

"I told Atta-ur-Rehman to stick to his statement instead of backing down and I will fully support him as chairman PCB," he said.

The former chairman of the PCB said that despite my assurance, the fast bowler withdrew from his statement saying that he had made the statement in a hurry and he had misunderstood it.

Khalid Mehmood further revealed that he is suspicious of three matches of the 1999 World Cup, one of which was against Bangladesh.

It may be recalled that the Bangladesh team was participating in the World Cup for the first time in 1999 and the Pakistani team, which topped the group by defeating Australia, West Indies, and New Zealand, lost the match to Bangladesh after a one-sided contest.

Batting first, Bangladesh scored 223 runs for the loss of 9 wickets in response to which the Pakistani team was bowled out for only 161 runs.

Khalid Mehmood said that he had doubts about the match against India as well as the final match played against Australia even though Pakistan was the favorite for this match.

He said that considering the conditions of Lord's, all the cricket experts believed that whoever would win the toss should bowl first but captain Wasim Akram decided to bat first and we were all stunned.

"As a result of this decision, we were bowled out for just 132 runs and lost the final in a very embarrassing manner," the former PCB chairman said.

"I asked the players if they had seen any suspicious activity but all the players replied in the negative and after the World Cup I was removed from the post of chairman of the PCB," he said.

"I think the cricket chiefs who came after me should have investigated these three matches and they still believe that the matter should be investigated very closely," the former PCB chairman said.

The film industry was not getting the attention it deserved
Related Posts
All players involved in match-fixing in the past and present should be held accountable
Corona Relief Fund: PCB donates over 10 million dollars
How much prize will the winning team of PSL get?
Pakistan started the Kabaddi World Cup in a winning way by beating Canada
Umar Akmal's fate will be decided on April 27, notices Issue
Pakistan Super League postponed due to Corona cases | PSL 6 News | PSL 6 postponed
Bangladesh team agrees to visit Pakistan in two phases
Pakistan Super League Arrive in Rawalpindi, Gladiators and United play today