Former national team fast bowler Shoaib Akhtar did not like being trolled by the International Cricket Council (ICC) and gave a "blunt answer" to the global governing body of the game.

Shoaib Akhtar commented on a post by Cricinfo on which the ICC had tried to ridicule him, which angered the fast bowler known as Rawalpindi Express. 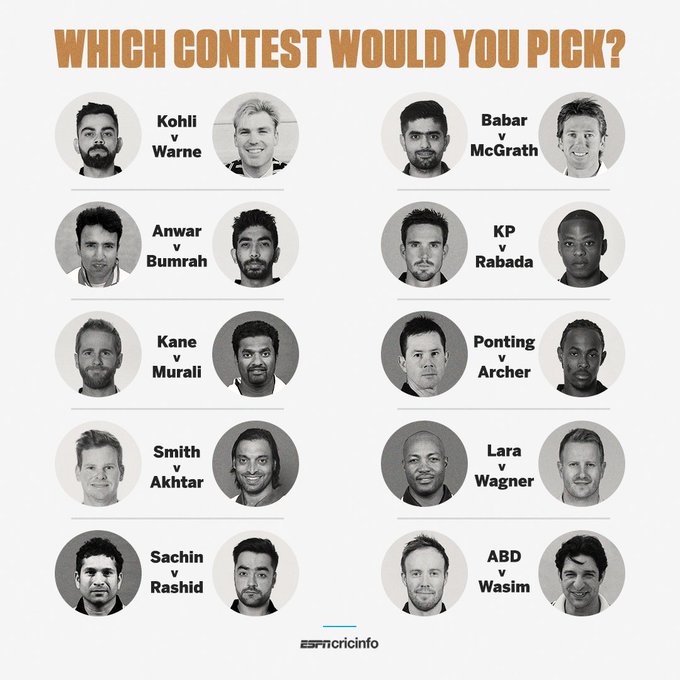 It so happened that Kirk Info shared a post on his Twitter account which had a picture of 20 players and said in this post
If these players from the past and the present are on the rise, which of them would you like to watch?

In this regard, Shoaib Akhtar had commented on a tweet on which he was trolled by the ICC.

Shoaib Akhtar said that even today I will make three dangerous bouncers and Steve Smith will be out on the fourth ball.

This claim of Shoaib Akhtar does not feel wrong because Steve Smith always finds it difficult to bounce.

The ICC did not write a single word on Shoaib Akhtar's statement but also shared photos of Hollywood actor Vance Reims in which he can be seen laughing uncontrollably.

The ICC's response did not go unnoticed by Shoaib Akhtar, who responded by sharing a video in which he injured former South African opener, Gary Kirsten, with a bouncer and received several stitches to his face.

Dear @icc, find a new meme or Emoji. Sorry i couldn't find any, only found some real videos 😂😂 pic.twitter.com/eYID4ZXTvT

Shoaib Akhtar wrote with this video that ICC you can find a new emoji or meme, sorry I didn't find any, I could only find the original videos.

Related Posts
Have Focus on national sports, meeting will be held soon, PM Imran Khan
If the Olympics are not held in 2021, they will not be held again: Yoshiro Mori
Pakistan Super League announces $ 1 million prize money
Asia Cup to be held is uncertain: Chairman PCB Ehsan Mani
Dangerous and deadly festival of "Exploding hammers" in Mexico
Former cricketer Iqbal Qasim appointed chairman of PCB cricket committee
Hansie Cronje: South Africans cricketer involved in match-fixing who took many secrets with them
Bangladesh team can give surprise, will not be easy to imagine, Azhar Ali