World Cup 2019, a true definition of jaw dropping, nail biting and indeed depressing matches for some.

So far Pakistan has been through ups and downs throughout the match and has been through tough challenges and criticism but, the real deal is up now where losing loses a chance to qualify for further matches and this is a risk no country would even think of taking.

Who will be eliminated? Who will qualify?

ICC World Cup 2019 has indeed been a thrilling rollercoaster ride this far.

The exciting match up now, is between Bangladesh and Pakistan, yet again another battle between neighbors is taking place in World Cup 19.

It is obviously no hidden truth that this match indeed is highly important for Pakistan as well as Bangladesh, both stand in the ICC point chart at seven points.

This match could be a pass through the gateways of qualifying for the world Cup, and could decide the future of Pakistan in ICC World Cup 2019.

The news so far,

Australia being the first team to qualify for the semi-finals, after beating England

On the contrary, Afghanistan, South Africa and West Indies have been eliminated from the tournament. 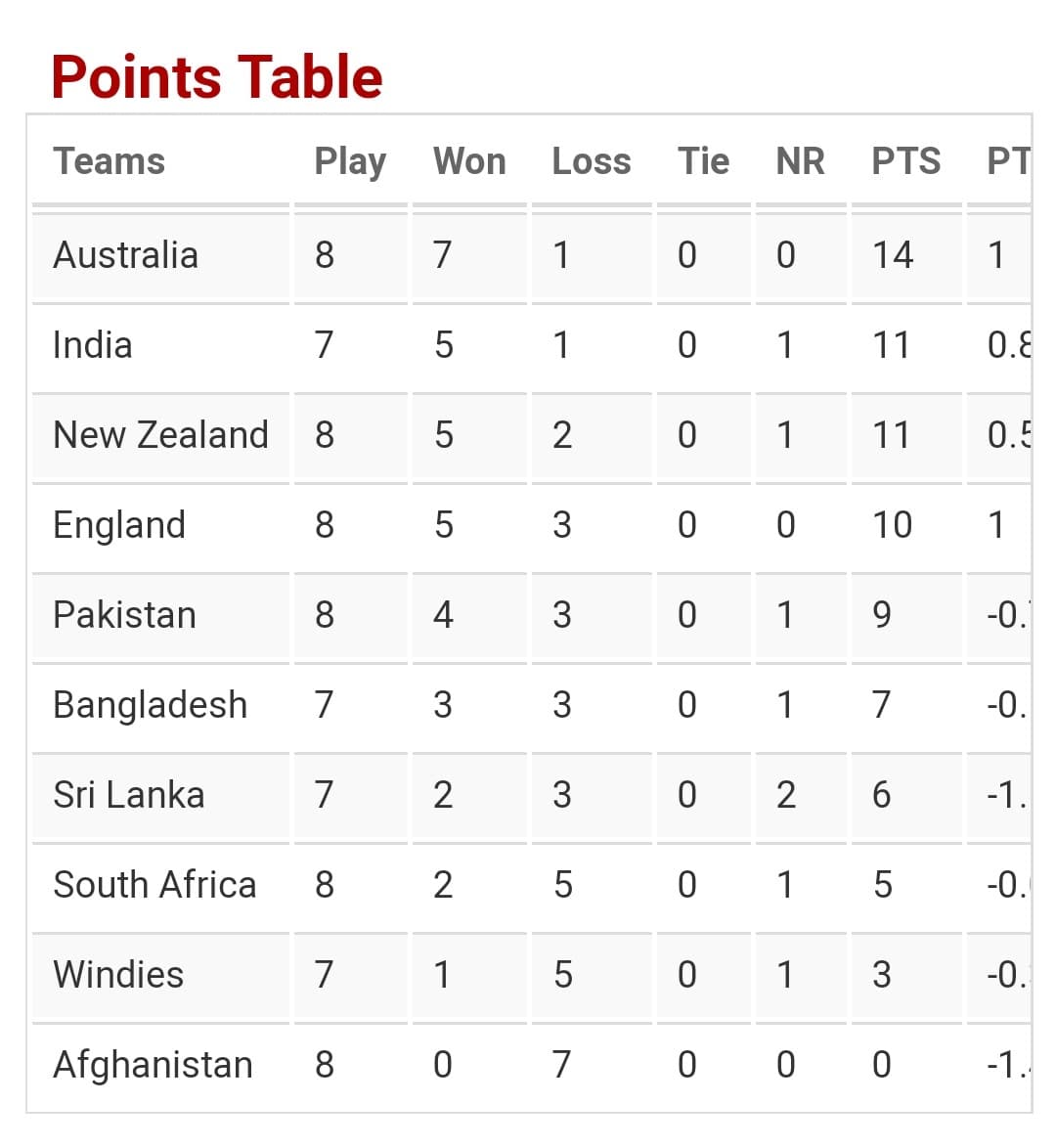 The real game is up!

This Match indeed, will be breath stopper as in the ICC world cup chart this far, Pakistan and Bangladesh stand with the same score as 7 but, due to Bangladesh’s net run rate being more than Pakistan, Bangladesh stands 5th while Pakistan stands 6th in the official chart.

This indeed is bad news for Pakistan. If they don’t win this match against Bangladesh Pakistan will permanently be out of the world cup series 2019.

But the hopes of the fans are not dead as they were impressed by their teams performance in the Match before between New Zealand and Pakistan, where Pakistan beat New Zealand by 6 wickets. After a trail of set backs and challenging matches, this win indeed has motivated the hearts and minds of the players as well as the enthusiastic fans.

For they are desperately waiting for their team to reclaim their honor and to remain in the world cup 2019.

The arrival of the MCC will encourage teams to visit Pakistan, Sangakkara

Related Posts
Karachi Kings Vs Islamabad United | Full Match Highlights | Match 14 | HBL PSL 2020
Shoaib Akhtar's lawyer has denied rumors that he has received a notice from the FIA
Is it really not allowed to play Ali Zafar's songs in the PSL?
Sangakkara arrives in Pakistan 10 years after the Sri Lankan team was attacked
Inam Butt Wins Gold at the South Asian Games
If there was solid evidence against Umar Akmal, he should have been banned for life, Kamran Akmal
National cricket team's tour of Netherlands postponed due to corona virus
Cristiano Ronaldo quarantines himself when Corona confirms to fellow player Daniele Rugani