The young fast bowler Naseem Shah, who debuted his international career from the first Test match between Pakistan and Australia, made everyone in his fast bowling.

Fast bowler Naseem Shah, a 16-year-old young man from Pakistan debuted in the first Test match in Brisbane. Former captain of the national team and current bowling coach Waqar Younis gave him a test cap and on this occasion, Naseem became obsessed with remembering his mother, who passed away last week.

The fast bowler failed to bat first when he lost Mitchell Starc to the hat-trick. When Naseem Shah got on the field to play his first ball in international cricket, Mitchell Starc was on a hat-trick of Pakistan's Yasir Shah and Shaheen Shah Afridi on a steady ball, but the 16-year-old bowler stopped the ball and hit Stark. Lost the honor of the truck. 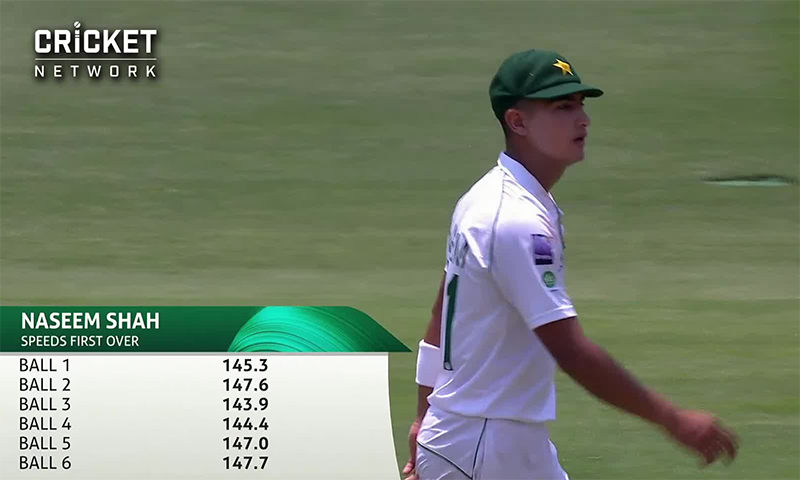 Later, when bowling came, Naseem Shah did not miss the opportunity to show the world his talent. Captain Azhar Ali brought Nasim Shah to bowl for the seventh over of the innings, and his first ball in international cricket was made at 90 mph.

He then struck all the balls of the over at 90 mph or more and bothered the Australian batsmen, especially Burns. The young bowlers kept the ball steady at a steady pace, with all the commentators in the commentary box giving him Dadat Hussain and hearing about their bright future.

Naseem bowled at 147 km per hour on several occasions and finally took the honor of throwing the fastest ball of the match at the third ball of the 13th over, which was done at 148.1 kmph.

It is worth mentioning here that Mitchell Starc and Pat Cummins also bowled in this match from Australia and they are considered to be among the fastest bowlers in the world.

During the match, Naseem Shah proved to be unlucky when he was dismissed by David Warner on an individual score of 56 but despite celebrating the wicket, he was yet to be named the first international wicket as he was bowling.

Ushna Shah's Clear Answer To Those Who Ridicule The Color