Famous wrestler Haji Muhammad Afzal died at the age of 85 in New York due to coronavirus.

Haji Muhammad Afzal was born on April 7, 1935, and in 1960 he was awarded the title of Lion of Pakistan by the President of Pakistan Ayub Khan.

He competed in the 1964 Tokyo Olympics but was ruled out of the semi-finals due to injury. 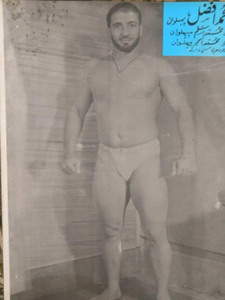 Haji Muhammad Afzal represented Pakistan in the 1964 Olympics - Photo courtesy of Abu Bakar Bilal
He was recently transferred to the United States after a month-long illness, where he died today of the coronavirus.

He is survived by four sons, three of whom live in the United States and one in Pakistan.

It should be noted that Mohammad Afzal is the third Pakistani player to die of coronavirus.

Controversy Has Arisen Over the Dismissal of Mohammad Rizwan