Individually, we also see characters in every game who attract the attention of the viewers and the world gets lost in their charm.

Muhammad Ali, one of the greatest boxers of all time, who had a tough opponent in the form of Fraser, the color of boxing increased.

The tricks of Gary Kasparov and Anatoly Karpov on the chessboard were famous.

In the world of tennis, the attraction of competitions between specific faces has been present in every era. People used to see Pete Simpers and Andre Agassi with their fingers pressed against their teeth, but now Federer, Nadal, and Djokovic's thorny contests are getting everyone's attention.

Similarly, in the game of squash, Jeff Hunt and Qamar Zaman had the element of traditional rivalry, but when the world became acquainted with 'Jahangir Khan vs. Jan Sher Khan', these competitions became the greatest example of professional competition. 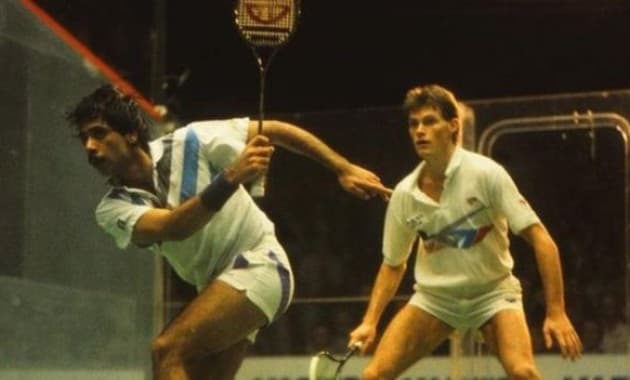 When the two met again at the 1987 Pakistan Open, it was not the first match of the tournament but the final and was won by Jan Sher Khan. This is the year when Jan Sher Khan defeated Jahangir Khan in seven of the 11 matches played between the two.

All this was unexpected for Jahangir Khan as he was unbeaten for five and a half years from 1981 to 1986 and during that time he lost only one match to Ross Norman of New Zealand. During this time, the careers of many great players ended with the desire to defeat Jahangir Khan in their hearts. When Jan Sher Khan made a statement that he would defeat Jahangir Khan in six months, no one took his statement seriously but Jan Sher Khan himself was well aware of the seriousness of this claim and when the 1987 Hong When he defeated Jahangir Khan in the semi-finals of the Kang Open, everyone realized that instead of one, two Khans would be seen ruling the squash court. In other words, the one who challenged Jahangir Khan's supremacy had come.

Jan Sher Khan is a hardworking and honest player

Jahangir Khan says that I was not getting tough competition at the standard at which I took my game. I won most of the matches in three or four games over a period of five and a half years. Most of my matches during that time were with Ross Norman but he also managed to beat me only once but jan Sher After Khan's arrival, I had to face tough competition and had to rearrange my strategy. I had to bring my fitness back to normal.

The art of turning defeat into victory

A total of 44 matches have been played between Jahangir Khan and Jan Sher Khan in which both have won 22 matches. 29 times these two players competed in the final of a tournament in which Jahangir Khan won 16 and Jan Sher Khan won 13. There are 14 matches between the two which have been decided in five games which gives a good idea of ​​the interest and thrill of these matches. 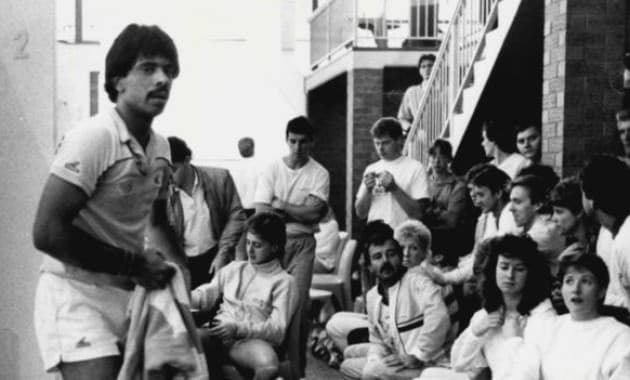 In the final of the 1987 Pakistan Open when Jahangir Khan nine. One and nine If they were just one point away from winning the third game after winning one to two games, there could not have been a more one-sided match but after that Jan Sher Khan turned the tide. The same thing happened in the final of Swiss Masters and Monaco Open when Jan Sher Khan defeated Jahangir Khan despite losing the first two games.

In the final of Pakistan Open in 1988, Jan Sher Khan had won the first two games but this time Jahangir Khan did the reckoning and won the next three games. The biggest advantage of both players was that they were not ready to give up easily.