Former Indian fast bowler Mohammad Shami has said that a few years ago, due to his personal and family problems, he had considered suicide three times.

Mohammad Shami's wife had filed a case against him alleging violence and Mohammad Shami had faced many difficulties after the registration of this case.

Talking to fellow cricketer Rohit Sharma on Instagram, Mohammad Shami said that a few years ago he had considered suicide three times due to family problems. 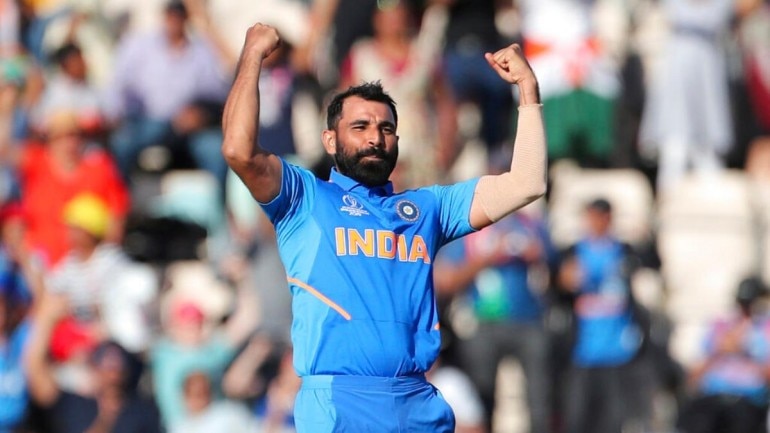 "My condition had deteriorated to such an extent that my family kept an eye on me all the time and they thought I would jump from the 24th floor of my apartment," he said.

"I would have lost my cricket if my family had not supported me then," said the fast bowler.
And because of the stress and the mental problems, I thought about committing suicide three times.

"I wasn't thinking about cricket at all," said Shami, who was considered a key member of the Indian fast bowling unit at the time.
We lived on the 24th floor, my family feared I might jump off the balcony, but my brother was very supportive.

He revealed that two to three friends lived with me around the clock.
My parents told me that to get out of this situation I need to focus on cricket and I should not think of anything after which I started training and worked hard at the academy in Dehradun.

Muhammad Shami married Hussein Jahan in 2014, but in 2018, Shami's 24-year-old wife and former model accused him of saying that
Fast bowlers used to torture him mentally and physically on the day he came and also tortured him on his return from the tour of South Africa.

Hussein Jahan also accused Syria's older brother of sexual harassment, which led to his brother being charged with rape.

The former model had said that she got the phone from the fast bowler's car which was given to her as a gift by IPL franchise Delhi Daredevils and she had read objectionable things in her mobile.

The fast bowler's wife claimed that her husband had affairs with other women and also shared screenshots of messages containing objectionable material on social media.

Seven cases, including attempted murder, have been registered against Indian fast bowler Mohammad Shami following allegations of attempted murder and cheating by his wife.

Due to family problems and growing disputes, the Indian Cricket Board also withdrew from the contract of Muhammad Shami and deprived him of his central contract.

Muhammad Shami denied all the allegations, saying it was a campaign to defame him.

Mohammad Shami also suffered a knee injury during the 2015 World Cup and said it took him two years to regain fitness.

"The recovery process was very difficult, my family problems started and then there was an accident," the fast bowler added on Instagram.
The accident happened 10 to 12 days before the Indian Premier League and my personal issues were also covered by the media.

"At that time, my family stood with me like a rock, thanks to which I was able to stand on my own two feet again," said Mohammad Shami.