Former South African captain Hansie Cronje was scheduled to leave Johannesburg for Georgetown on June 1, 2002, but the flight was canceled.

That's why Hansi rented a small plane and boarded it as the lone passenger, but the ill-fated plane crashed into a nearby mountain before landing at Georgetown Airport, and Hansi Cronje, along with the two pilots, was killed in the crash.

Eighteen years have passed since the death of Hansi Cronje, but the world is not ready to forget him.

Although he is remembered as a key figure in the match-fixing scandal, the feelings of surprise and sympathy prevail over hate speech over how a dignified and honest cricketer became part of this heinous act. Cronje was known for his strong nerves as a cricketer and captain, who seemed to be quietly formulating his tactics on the field, and even off the field, he was seen speaking patiently to the media. His fans were not limited to South Africa but all over the world and that is probably why when his name came up in the match-fixing scandal, a mountain of surprises fell on all cricket fans. 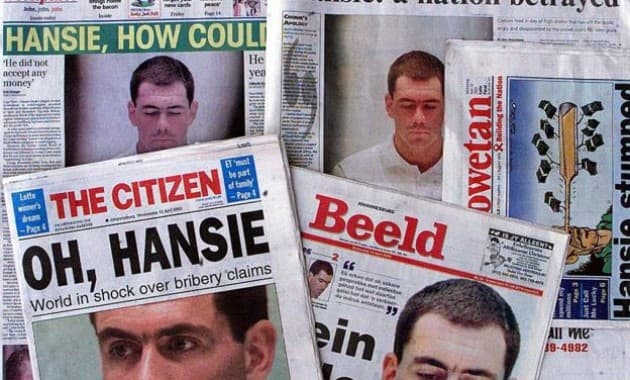 When Delhi Police announced on April 7, 2000, that Hansi Cronje had been formally charged with match-fixing and a telephone conversation with bookmaker Sanjay Chawla, it seemed as if the whole of South Africa Come forward in defense. No one was prepared to believe that Cronje could do such a thing. He was not only the captain of the South African cricket team but also a national hero in the country.

Whether it was Ray McCauley, pastor of Hansi Cronje Church, or Graham Ford, the coach of the South African team, everyone called it a mere accusation, while former coach Bob Woolmer said April Fools could not be a worse joke.

When the news broke, South African Cricket Board President Dr. Ali Baqir immediately contacted Hansi Cronje, and a statement issued by Dr. Ali Baqir after the two spoke clearly stated: That their captain is not involved in match-fixing. Meanwhile, diplomatic relations between India and South Africa were also strained.

Confession of taking money from bookmakers

It was long before the morning of April 11, 2000, when Hansie Cronje called Rory Stein, the South African team's chief security officer, to his hotel room and handed him his written statement. When Rory Stein read the statement, he was shocked because it contained everything that Cronje had been denying over the past few days. It all came at a time when South Africa was due to play a one-day international against Australia in Durban the next day. After which the King Commission was formed which banned Hansi Cronje for life. 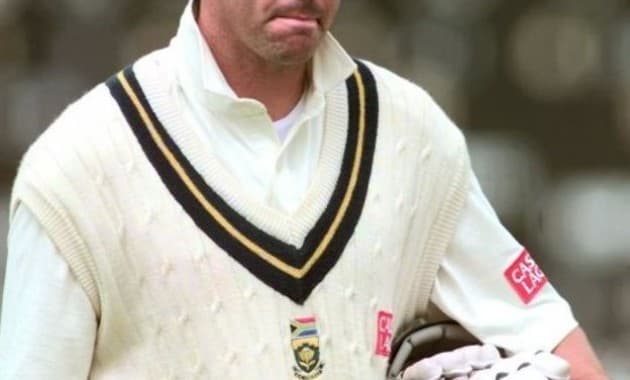 From five rand daily to millions of bookmakers

There is no record of how much Hansie Cronje earned from cricket, but his immense love for cricket can be gauged from the fact that when he was 16 years old, he was on duty on the scoreboard in Free State provincial matches. He used to give them five rands a day in addition to lunch. This is Hansi Cronje's first income in cricket and when he joined the South African cricket team, wealth, fame and honor were all waiting for him, but after contacting bookmakers, he kept getting money and gifts, but at the same time, he was a part of this mafia. They clung to him. The bookmaker Sanjay Chawla, who was extradited to India by the British government in February this year after living in England for 20 years, is now prominent in Hansi Cronje's life and has now been granted bail by a court.

Life goes on like this for all of them, but for Cronje’s, everything seems to have stopped.