The Pakistan Cricket Board (PCB) has announced a 29-man squad for the upcoming tour of England in August-September. Before the series starts in August, the Pakistan team is expected to leave for England in early July for a mandatory 14-day quarantine period and a training camp.

"The selectors have picked a squad which gives us the best chance of success in England. It was a challenging process as the players have not played for an extended period of time, but nevertheless, with the month that we will have in England and the intense training we will undergo, we are confident we will get the players up to the mark to be ready for the three Tests.

Several youngsters have also been included in the squad, including the under-19 batting sensation, Haider Ali, Khushdal Shah, and Haris Rauf. Former captain Sarfraz Ahmed has also returned to the team for the first time since his dismissal in 2019.

Mohammad Aamir was not available for selection due to the birth of his second child while Haris Sohail has been ruled out of the tour due to personal reasons. Sohail Khan has also returned to the team to strengthen the fast bowling department.

The breakdown of the 29-man squad is: 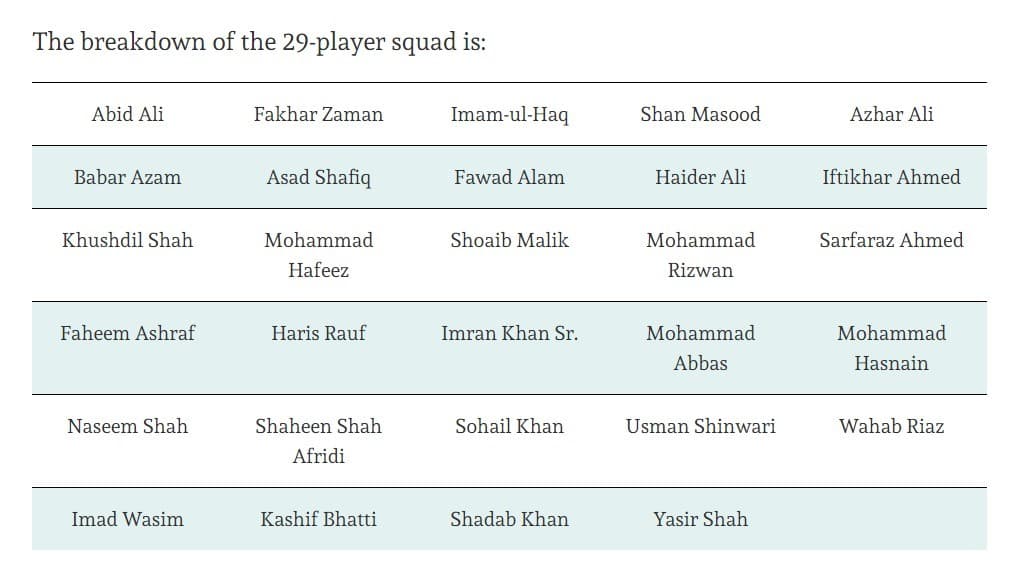