KARACHI: Quetta Gladiators' performances in Pakistan Super League (PSL) are nothing short of spectacular and the franchise believes that their consistent travel schedule has affected their performance.

The defending champions have played eight matches in the tournament, winning only 3 of them, with which they are currently at the bottom of the points table and have difficulty reaching the playoff stage.

"We spend most of our time travelling, while other teams find a break between sports," he said.

He said, 'We have no home ground, this is fine, but a temporary home ground can be allocated to us so that the team can stay in the host city of Karachi, Lahore, Multan or Rawalpindi for a little longer.'

"Repeated travel, lack of leisure and reduced practice opportunities are affecting the performance of our team which was very good in the first phase in Karachi," he said.

Quetta had won 2 of their first 3 matches in Karachi but had suffered defeat in Multan and Lahore before returning to Rawalpindi within 6 days of winning their first game in Rawalpindi.

On the question of why the franchise did not take up these issues before the season, Nadeem Omar said that his protest was of no use.

"Initially, when our manager (Azam Khan) gave us information about our trip, I felt that every team was facing such a schedule, but we realized later that we were the most Are the affected team. '

"We spent many hours in airports in the last 10-12 days, travelled on military planes and did not get the opportunity to practice properly," he said.

Nadeem Omar said, "The hearts of our fans are broken and it is said that we are making excuses. But I think our fans should know the truth, we are still fighting and we need your prayers." , The gladiators will rise again with your help. ' 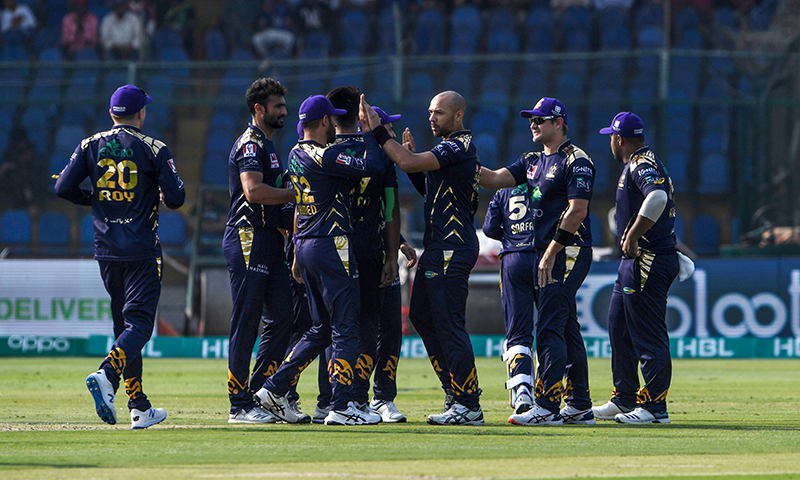 PCB assures that all matters will be resolved: Photo AFP
Meanwhile, Pakistan Cricket Board (PCB) officials said there were several reasons for the Gladiators' tight schedule.

He said that getting the entire PSL in Pakistan was a major challenge and in the future, matters will improve.

Officials say there are other issues including ground availability, flight tickets, accommodation and hosting for the match; the objections raised by the Gladiators cannot be ruled out altogether; Be determined in a happy manner