KARACHI: Former Pakistan captain and former great batsman Zaheer Abbas justified the decision by the Pakistan Cricket Board to fix the offense, demanding that every Pakistani cricketer involved in past and present fixing should be held accountable.

Zaheer Abbas said that the decision by Pakistan Cricket Board (PCB) to declare match-fixing as a crime is commendable and this should have been done a long time ago.

He said it was a good decision but if the PCB really wants to get rid of the curse of match-fixing in Pakistan then it should hold all the players involved in the wrong activities by introducing the law.

"I think we did wrong things in our time too, but nothing can be said with certainty, for there was no significant action against players involved in fixing in the past," said the former great batsman is known as Asian Bradman. This monster has spread and unfortunately still exists.

Asked about returning to the national team of fixtures including Sharjeel Khan, Mohammad Aamir and other players involved in the fixing, Zaheer Abbas said, "How can we stop such players?" No precedent was established by punishing the players involved in fixing in the past and no legislation was put in place to keep these battered players away from cricket forever, so how can we prevent these players from returning to the team?

The former cricketer, who has held the position of president of the International Cricket Council for many years, criticized the ICC for dividing the series between Pakistan and India in the ICC Women's Championship.

He said that it was very regrettable that India had been consistently refusing to play with Pakistan for many years but even then the ICC gave India equal points, it would hurt the game and set a wrong example. Will

Zaheer Abbas said fans around the world would like to see cricket Pakistan and India playing together but India is playing the game of politics which is shameful. 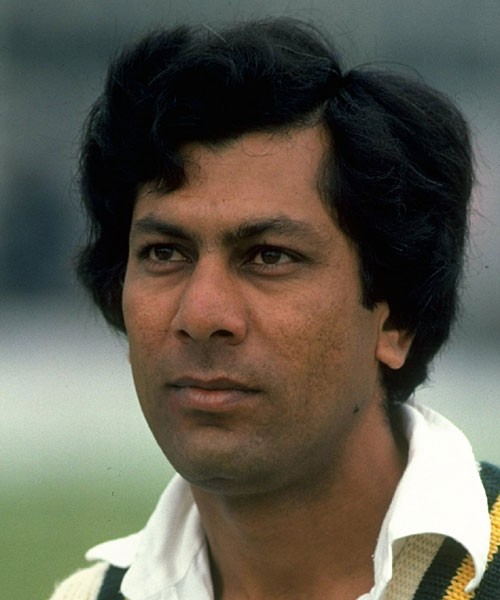 He said that Pakistan and India's cricket is more than the Ashes and there was great competition between the two teams which gave birth to great players but unfortunately there is no longer a Pak-India cricket series which is responsible for Indian Government.

The former captain of the national team also criticized the PCB for failing to set any rules or rules for players who would retire early from Test cricket.

"Test cricket is the real cricket, in the past, all the big players have reached the heights of greatness due to hard work and determination. Now if cricketers like Aamir and Wahab Riaz are retiring from the test themselves at that age, that means Players are not in control of the board. '

Zaheer Abbas advised all young players to focus more on Test cricket, saying that they can become great players by playing Test cricket, not by limited overs.

The former batsman, who scored more than 7,500 runs in total in Pakistan in Tests and 62 ODIs, called for the restoration of departmental cricket to secure the future for young players.

Canada becomes the first country to withdraw from the Olympics