People Are Waiting to See When the Couple Will Separate, Agha Ali

Explaining the news of his and Hina Altaf's divorce, actor Agha Ali has said that it is not known why people nowadays are waiting for such news when a couple is getting separated. Agha Ali, along with his wife Hina Altaf, recently appeared on Nada Yasir's show 'Shan-e-Suhoor', where they talked openly about their careers, including marriage and the changes that come after marriage. Agha Ali said that after a few months of marriage, he must have faced some difficulties but now he has fixed the household affairs. He explained that since they are both actors and because of the shooting, sometimes his wife would come home late and sometimes he himself would come late, so many things could not be done on time, which also caused him difficulties. Come on.

Agha Ali said that after such a situation, the two sat together and planned and now they do not have any problems. The two also talked about their engagements and acting and said that due to their engagements, sometimes they are not able to attend any event together. When asked about the children during a segment in the same program, both said that they have no intention of having children at present, however, they both want to have a first daughter. In response to the question, Hina Altaf said that the matter of the birth of children is not in her hands, what is acceptable to God, happens there.

Responding to a question posed by the host during the event, the couple said that due to their busy schedule, they are not able to attend any wedding or other event together, but people have rumoured that they are not together. Spread out Agha Ali expressed frustration over the rumours circulating on social media about his separation from attending the celebrations alone and said that it is not known why people are waiting for such news when a couple breaks up. Agha Ali said that people should pray for the improvement of their love and relationship when there are differences between any couple or seeing them alone, not waiting for the news of their separation. The popular showbiz couple got married in May 2020, before which they had been in a relationship for some time. A year after the marriage, when Hina Altaf followed her husband Agha Ali on Instagram, rumours of separation and differences were spread between them, but the couple did not elaborate. The two were later seen hosting The Couple Show together, but rumours of their separation died down. 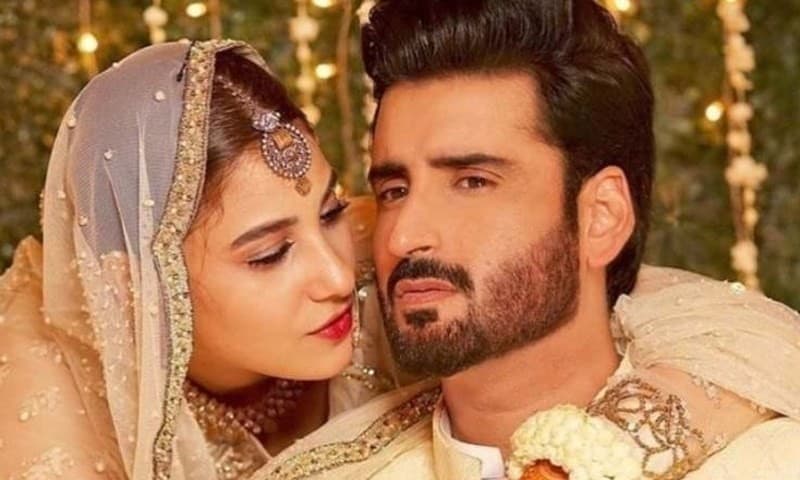 Related Posts
سعودی عرب میں عبایہ پہنے لڑکی کی ہپ ہاپ ڈانس کرتے ہوئے ویڈیو وائرل
Coke Studios is Facing Copyright Issues
Nida Yasir's Advice to Sajjal Aly to Live a Happy Life
Saba Qamar Was Stunned When the Man Who Was Marrying for Love Offered Her Marriage
'The Power Puff Girls' Will Be Back in a New Style Soon
Saba Qamar Made Fun of Politicians at a Young Age and in Ignorance
For the First Time in Three Years, the Cannes Film Festival Was Held on Time
The Role of Priyanka Chopra's Husband Was Offered, Shimon Abbasi