TV host Nida Yasir has advised actress Sajal Aly to be happy in this challenging time of her life and said that when she cries, other people also cry when they see her. While talking to 'The Current,' Nida Yasir recently advised Sajal Aly and suggested actress Sana Javed.

Speaking to the showbiz website, Nida Yasir said that she has been doing morning shows for 13 years, and there is no doubt that she was very ignorant at the beginning, which is why she made mistakes.

According to the actress, in the beginning, when she was criticized for her mistakes, she felt bad about the criticism, but now she does not take it to heart and at the same time said that now she has become wiser than before. 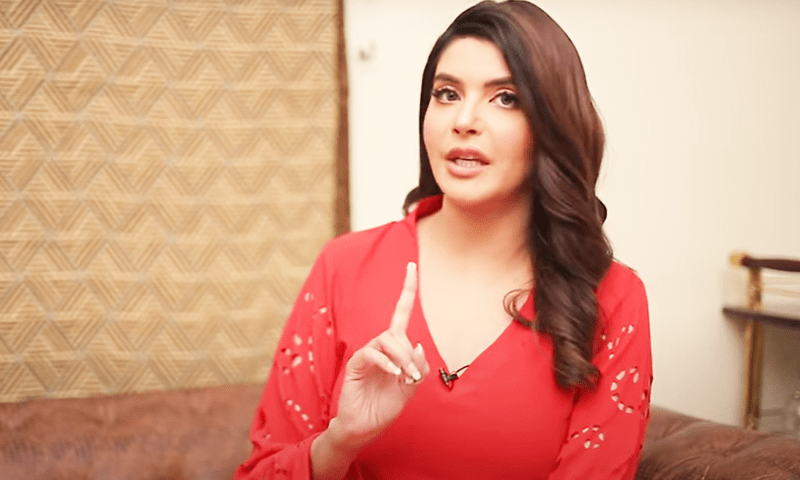 He recounted an incident in which someone called him black after seeing his feet during a program in the past, in which he asked the critics without understanding whether they should cut off their feet again. Similarly, he admitted that in the past, he had called Shagufta Ejaz Aunty during the live program, to which the actress explained to him that no one is called Uncle or Aunty in the program.

Nida Yasir advised junior TV hosts not to make the same mistake as him and not call any senior person as Uncle or Aunty, even if they already know him and call him Uncle and Aunty.  Nida Yasir said he wanted to block Babar Sharif in his program and interview him in response to a question. He also expressed his desire to stop Atif Aslam and Fawad Khan in the program and interview them.

In response to another question, instead of giving any advice to actress Sana Javed, he asked her why she had reduced her work after marriage. At the same time, he demanded that they resume work. The host told her that Sajal Aly is going through a difficult time nowadays in the same program. What advice would she give him? On which Nida Yasir advised him to be happy.

Nida Yasir advised Sajal Aly to live a happy life and smile because when she laughs, other people are also excited, and the rest of the people cry when they see her crying. It is believed that there are reports of divorce between Sajal Aly and Ahad Raza Mir, and several personalities in the showbiz industry have vaguely confirmed their divorce. However, both the personalities have not given any explanation in this regard yet.

Related Posts
For the First Time in Three Years, the Cannes Film Festival Was Held on Time
Coke Studios is Facing Copyright Issues
Hum TV Awards 2019 List of Awards Winners
The Role of Priyanka Chopra's Husband Was Offered, Shimon Abbasi
Saba Qamar Was Stunned When the Man Who Was Marrying for Love Offered Her Marriage
Saba Qamar Starring in “Kamli” film by Sarmad Khoosat - Gossip Pakistan
Noman Ijaz faces criticism for questioning Ayesha Omar inappropriately
Admittedly, We Have Not Been Able to Create a Good Film Industry, Fahad Mustafa