Admittedly, We Have Not Been Able to Create a Good Film Industry, Fahad Mustafa

Actor, producer, and host Fahad Mustafa has said that whether one believes it or not, a good film industry has not been formed in Pakistan. However, our drama industry is very popular. The host and producer recently participated in Noman Ijaz's program 'G Sarkar', where he talked about his personal life, including showbiz, and admitted some of his mistakes.

Fahad Mustafa admitted that he could make dramas and sell them, while his father, actor Salahuddin Tunio could only make outstanding dramas. He did not know the art of making money from them. He said that he had no interest in acting. He came to showbiz by accident. 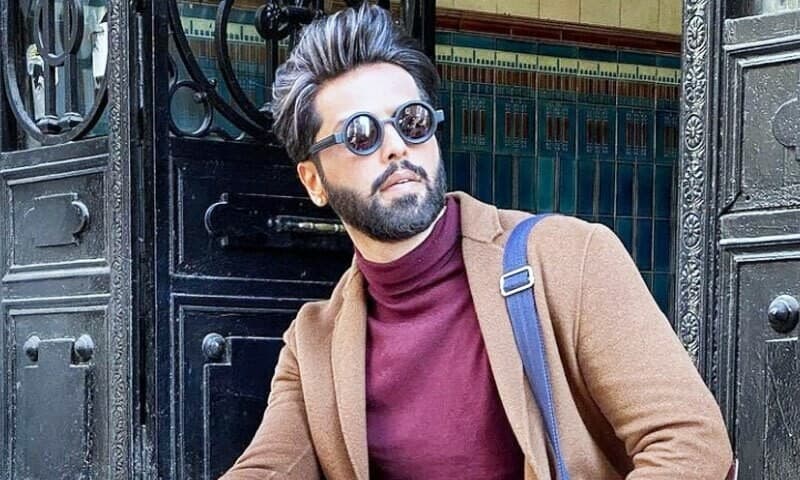 In response to a question, he said that he started production eight years ago, and so far, he has produced more than 90 dramas, serials, and films, from which he also earned money. In response to a question, Fahad Mustafa said that they had been married for 15 to 17 years and the best day of his life was when his daughter was born, and he had a son after his daughter.

The actor and host revealed that he had dropped out of pharmacy to get married and told his father that he did not want to study anymore. He said that he had a love marriage with his wife, which angered his parents, including his parents, but later their families agreed. Fahad Mustafa said that he could not continue his education, but his wife got a good education, and then he got into acting, and both of them saw many failures and successes together.

In response to another question, Fahad Mustafa said that Mahira Khan had been his 'crush' and he wanted to work with her, but the actress did not want to work with him.

He clarified that the two were offered to work together on some projects, but he and Mahira Khan refused to work in some. According to the host, the two will soon be seen in the film 'Quaid-e-Azam Zinda Baad,' They enjoyed working with Mahira Khan. Talking about the film and drama industry in the program, Fahad Mustafa said that many people in Pakistan are interested in dramas and watch dramas. There is no rival for Pakistani dramas. The drama industry is outstanding.

He said that the Pakistani film industry was emerging a few years ago till 2019, but now it has lagged behind again, and whether one likes it or not, our films have been replaced by Indian and other movies. Fahad Mustafa said that we have to admit that we could not make the film industry as compared to the drama industry. We have legendary TV actors, but none of them are legendary actors in movies. However, we force some people to call them movie legends. Are

According to Fahad Mustafa, we should make 70 films a year at present, out of which at least 15 films are such that we can be proud that we made good films, and then people review each of their movies and make this commitment. That they will make a better film next year. He said that whether one believes it or not, it is a fact that today no one remembers the names of five Pakistani movies, and no singer knows the songs of Pakistani cinema.

The Galaxy S21 and S21 Plus Are Samsung's Cheapest Flagship Phones

Related Posts
The Actress Is Facing Criticism for Expressing Her Desire for Sons Instead of Daughters
Actor Ahsan Khan Ready to Host "Time Out With Ahsan Khan"
Saba Qamar Was Stunned When the Man Who Was Marrying for Love Offered Her Marriage
My Mother Wanted Me to Get Married at the Age of 19, Maryam Nafees
Pakistan's First Military Reality Show Ready to Air
My Mother Also Suspected That I Married Usman Khalid Butt, Maya Ali.
سعودی عرب میں عبایہ پہنے لڑکی کی ہپ ہاپ ڈانس کرتے ہوئے ویڈیو وائرل
Saba Qamar's Hint of Early Marriage