World Record of the oldest married couple with living 80 years together
Texas: John and Charlotte have been honored by the Guinness Book of World Records, the world's richest couple, Charlotte is 105 and John is 106 years old and the couple has been married 80 years.
The duo's love story began in the biology class in 1934 when John Henderson was 21 years old and he was sitting near 20-year-old Charlotte Curtis. As John's gaze went to Charlotte, the shy girl ran to John. Charlotte, on the other hand, said that John knew friends and John was constantly looking over his shoulder.
The couple then got married, and now it is the 80th anniversary of their marriage on December 22, on which the Guinness Book of World Records has given them the certificate of being the oldest married couple.
In his youth, John came to the University of Texas for higher education. At that time, the population was 50,000, which has now grown to more than two million. Charlotte, on the other hand, was born in Iowa in 1914 and attended the University of Texas. 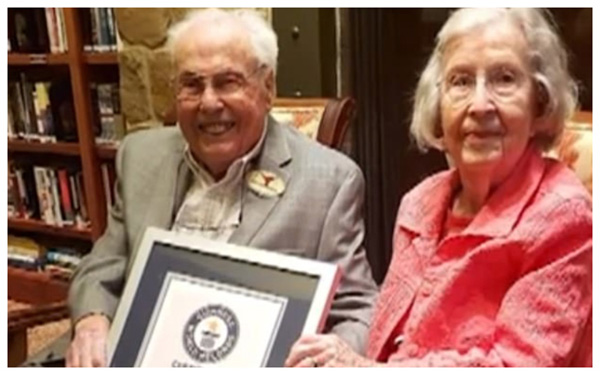 However, after love, the couple spent 5 years decided to get married. At that time there was an economic crisis in the United States in which Charlotte became associated with teaching and John became a basketball coach. Thus, some money was raised and on December 22, 1939, the two got married, with a simple ceremony.
After John married a job in an oil company, his home prospered and John retired from that company in 1972. 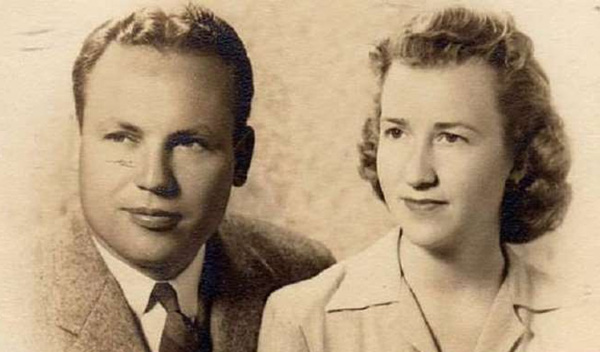 According to John, the invention of the TV came before him as he was previously the ruler of the radio. The TV came out in the 1950s and John calls it the best invention of his life.
When both were asked about the secret of their longevity, they attributed moderation in their lives to live, while John still exercises. Both spouses have good hearing and health.

Hollywood Movie to Be Released Despite the Epidemic, 'Tenet' Managed to Make 280 Million Business
Related Posts
Gilgit: Due to avalanche 5 soldiers martyred
Worldwide virus affects about 2.2 million people, concerns over easing lockdown
This financial year: Pak-India trade very low in 6 months
100 fighters to be released soon, Taliban spokesman says
The death of a car thief put the car owner in trouble
Prince William and Kate Middleton to visit Pakistan in October
Zalmay Khalilzad calls on all parties to reduce violence in Afghanistan
India calls for Turkish ambassador Due to Rajab Tayyab Erdogan's statement on Kashmir