The owners of flour mills have rejected the Punjab Food Department's offer of talks and announced the closure of mills in three provinces from today, which could lead to another flour crisis.

Asif Raza, central chairman of the Pakistan Flour Mills Association (PFMA), told a press conference with Punjab officials that the district administration had raided mills, especially in Dera Ghazi Khan, Rahim Yar Khan and Sargodha, and the provincial government. He took possession of the wheat collected with permission.

The owners of flour mills alleged that the administration was raiding the mills in different districts of Punjab and seizing the wheat and sealed off the area without any explanation. 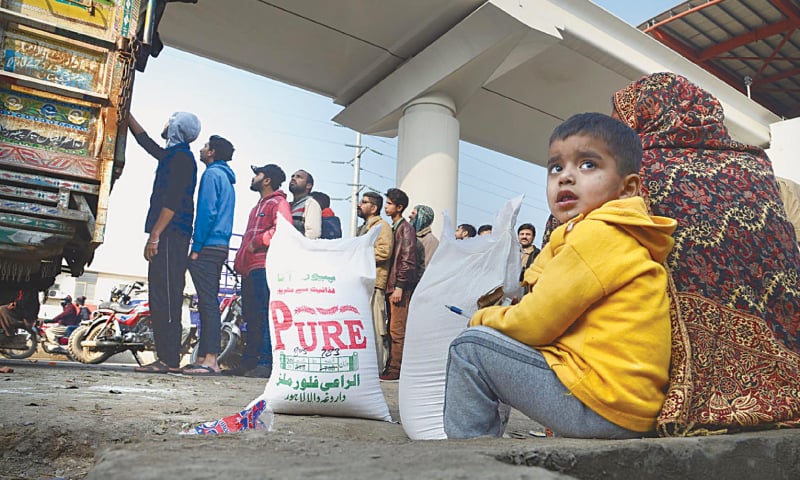 He claimed that apart from sealing the mills, cases were also being registered against the owners.

The PFMA said the Food Department's alleged corrupt officials were pressuring provincial authorities to pick up wheat from legally stored flour mills after failing to meet the wheat supply target.

Expressing surprise at the steps taken by the administration, he said that how the mills would function without collecting the wheat and the stock of wheat near the mills would be depleted after the next 48 hours.

He announced that flour mills in Punjab, Khyber Pakhtunkhwa, and Balochistan would remain closed.

PFMA chairman Asif Raza said that the secretary had also visited the food offices but canceled the meeting in Multan after receiving reports of raids on flour mills.

He said that the administration was unloading the wheat going to the mills from several vehicles.

He said that the officials were announcing the confiscation of wheat as if they had conquered Kashmir.

He warned the government that such measures could disrupt the supply of flour in the market and if the authorities did not stop the campaign against legal trade, there would be a shortage of flour.

He said that now he would only negotiate with the Food Minister and the Chief Minister, not with the Secretary or the Director as the situation has reached this stage due to his false promises.

Punjab Food Minister Abdul Aleem Khan said that the quota for flour mills would be increased soon after achieving the target of storing 4.5 million tonnes of wheat.

Calling the government's wheat storage target the highest in the last three years, he said 4.6 million tonnes of wheat had been procured so far.

He said that action against hoarders would make it easier to achieve the target of supplying wheat.

The provincial minister said that the success of the wheat procurement target would have a positive impact on the flour mills if the owners were convinced.

On the other hand, in the open market in the capital of Punjab, a 10 kg bag of flour has gone up by Rs 6 while a 20 kg bag has gone up by Rs 13.
Similarly, open flour is being sold at Rs 45 per kg while the closure of mills is expected to increase prices.

A Palestinian state will be abolished under US formula: Shireen Mazari