The World Health Organization (WHO) declared China's 'NovelCode 19 Coronavirus' to declared in China on December 11, 2019, when a global outbreak broke out, and a lot of people were slightly scared of the announcement.

The World Health Organization described the 'Novel Code 19 Coronavirus' as a global pandemic, saying that the world is concerned about the spread of the infection, but the term global outbreak does not mean "defeat" but a rating. And take measures to protect it.

After the Coronavirus was declared a global epidemic, the topic of 'global epidemic' sparked worldwide, and many feared the term.

Most people in the world do not know 'what is the global epidemic, when and why is it announced and what does it mean when it is announced?

Many people do not even know if the global outbreak was announced for the first time or even before such announcements were made.

This article answers some of these questions and attempts to make it easier for readers to understand what the 'global epidemic' is and when and why it is announced.

What is the global epidemic? 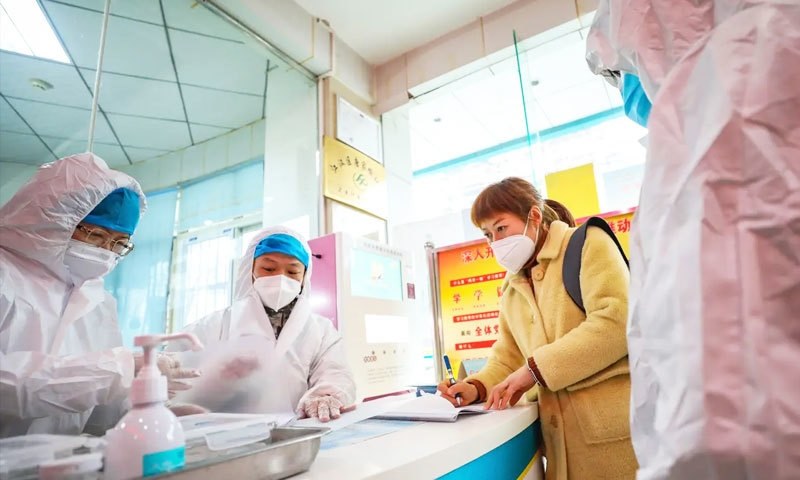 New Coronavirus launches in China in December 2019 - Photo: AP
According to the World Health Organization, there is no specific method of treating any disease as a global epidemic, but any disease can be described as a 'global epidemic' when the mentioned disease travels from one country to many and all ages. To affect the lives of people

Before any disease is termed a 'global epidemic', it is initially termed 'dangerous' and 'pandemic', however, it is possible that disease or virus can be directly attributed to a global outbreak.

Swine flu was declared a global outbreak in 2010 before the World Health Organization declared the new coronavirus a "global pandemic".

This time, the WHO called the Coronavirus a global outbreak when it spread to more than 114 countries around the world, affecting nearly one million people and rapidly spreading the virus to one country and then back to the same country. Started to spread from where it started

Corona virus risks up to $ 20 trillion damage to global economy

Related Posts
Cultural contradictions have emerged in the "Women March", PM Imran Khan
Armina Khan surprised at Priyanka Chopra's silence over religious riots in Delhi
Pakistan's security improved greatly in 3 years, German and French ambassador
Today marks the first day of fasting in Saudi Arabia and the United Arab Emirates, and the beginning of Ramadan in Bahrain and Kuwait
Corona virus risks up to $ 20 trillion damage to global economy
Of the 30 cities with the worst air pollution, 21 cities in India
Top 20 Richest News Anchors in the World
Limited operation of domestic flights likely to be resumed