Addressing the Legislative Assembly of Azad Kashmir on the occasion of Solidarity Kashmir, Prime Minister Azad Kashmir Raja Farooq Haider said that this is the first time since August 5, 2019, that the people and government of Pakistan are expressing solidarity with Kashmiris today. Are.

Raja Farooq Haider said that Quaid-e-Azam had already told partition India that the Congress would betray the Muslims.

He said that we are conscious of the difficulties that Pakistan faces and yet the government is grateful to Pakistan for supporting Kashmiris.

On the eve of the special meeting, the songs of Pakistan and Azad Kashmir were played in the Legislative Assembly of Azad Kashmir, while the Indian firing on the martyrdom and Line of Control (LoC) of Azad Kashmir resulted in the death of civilians and soldiers. Special prayers were made for

Earlier, Prime Minister Imran Khan had arrived in Muzaffarabad, the capital of Azad Kashmir, on the eve of solidarity day.

On arrival at Muzaffarabad, Prime Minister Azad Kashmir Raja Farooq Haider was received by him and he was presented with the Guard of Honor. 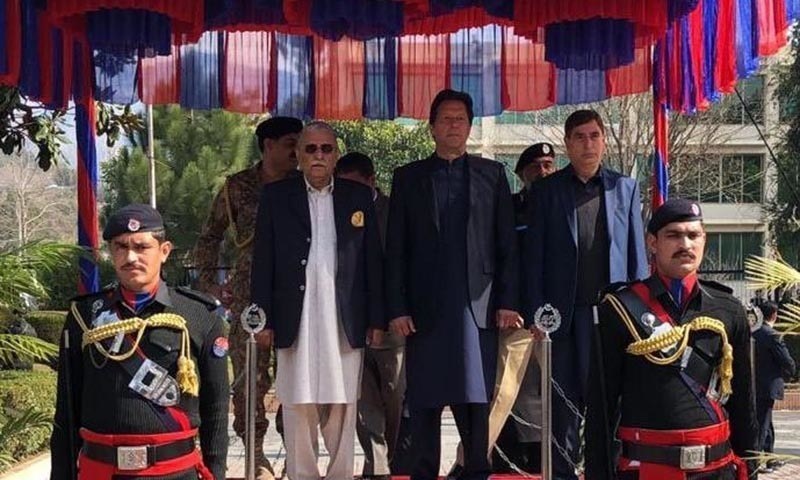 In a special message on the occasion, Prime Minister Imran Khan had said that India has converted 8 million Kashmiris into prisoners on their own land through the deployment of 9 lakh troops.

He said that 'India has been exposed to the world as a country implementing extremist Hindu supremacy which has kept the fundamental rights and freedoms of Kashmiris'.

It is to be remembered that solidarity Kashmir is being celebrated across the country today and on this occasion, there is a general holiday across Pakistan.

On the day of solidarity Kashmir, a chain of human hands was made at Kohala, Mangla, Hoolar and Azad Patan, connecting Pakistan and Azad Jammu and Kashmir.

In different parts of the country, rallies, rallies, seminars and other ceremonies are being held on the occasion of solidarity Kashmir, while also protesting against Indian atrocities.

Earlier, a minute of silence was also given at 10 o'clock in the morning to pay tribute to the martyrs of freedom struggle in occupied Kashmir.