Avalanche also hit another day in eastern Turkey, killing a total of 38 people.

According to a Foreign News Agency (AFP) report, the Government Disaster Agency (AFAD) said 33 bodies of rescue workers and civilians were found in Van Province, where they were evacuating a mini-bus caught in the snow. Were busy

He said that the five people in the vehicle also died, after which the total number of casualties has increased to 38 while 8 people were rescued from the scene.

Turkey's Health Minister Fehrytan Koussa feared further casualties, saying that according to local media, many people are still missing, who are worried they are being buried in the snow.

Disaster Agency Provincial Chairman Usman Okar told reporters that rescue workers have been searching for two people for the past two days. 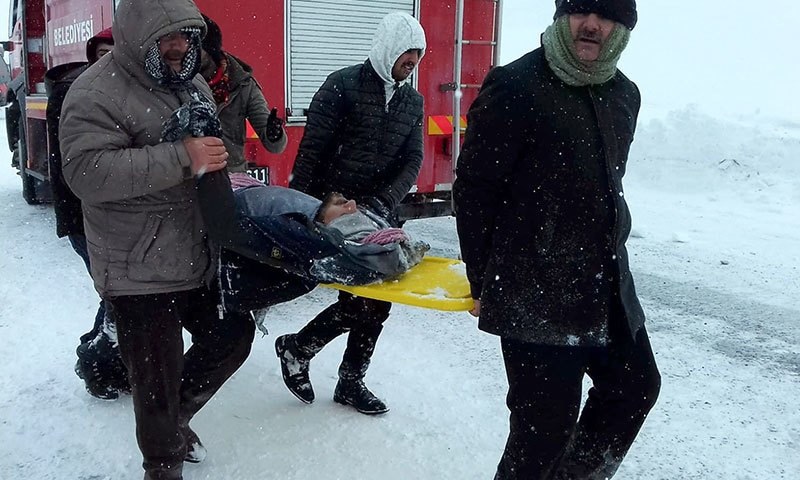 Rescuers and citizens busy searching for the victims of the storm two days ago - Photo: AP
Gulshan Ohan, the current adviser to Osman Okar and former Member of Parliament and Turkish President Recep Tayyip Erdogan, is among the injured.

Turkish Interior Minister Suleiman Sueilo said the relief worker stopped work at night and resumed efforts in the morning, which was busy searching for two people.

The disaster agency has sent more Ankara support workers to the province in view of the situation, who will start working with the workers already there.

Presidential spokesman Ibrahim Klein said in a statement on Twitter that 'all sources have been made available to help officials.'

It is worth mentioning that 41 people were killed and more than 1,600 were injured in a 6.1 magnitude earthquake in Turkey last month in Elazig province.

Turkish news agency NTV said earthquake tremors were felt in eastern Turkey, as well as in several provinces in addition to Iraq and the Syrian border.

The environment minister said in his statement that about 30 buildings were destroyed in the earthquake-hit areas.