According to a statement from the White House, the two leaders had a telephone conversation in which they discussed the reduction of violence in Afghanistan and the exchange of prisoners, as well as other issues.

In a telephone conversation Wednesday, Trump and the Emir of Qatar agreed on the importance of continuing talks on the exchange of prisoners in Afghanistan. 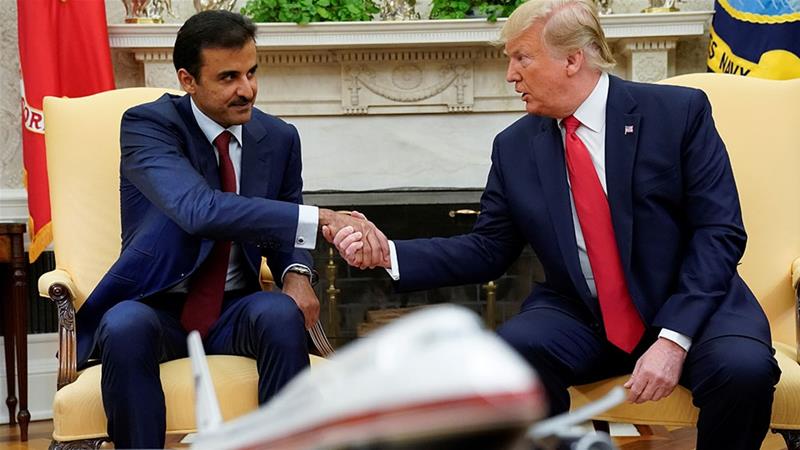 According to Qatar News Agency, the two leaders discussed bilateral strategic relations and reviewed developments in the region and internationally.

Details of the talks between the two have not been made public.

Fighting between the Taliban and Afghan government forces this week has killed at least a dozen people.

As a result of these attacks, the Afghan peace process is in jeopardy as the Taliban have been rejecting all calls for a ceasefire by the Afghan government, which also faces the challenge of dealing with the coronavirus.

Violence had subsided for a week after the US and Taliban signed an agreement to withdraw troops in February, but Afghanistan later launched a new round of attacks on local forces.

Eight security personnel were killed in an attack on a checkpoint near a copper mine in Logar Province on Tuesday evening.

Also in Surrey Province, the Taliban attacked various checkpoints, killing at least 11 Afghan security personnel and wounding 19, while one was captured by the Taliban.

However, the Afghan Interior Ministry later tweeted that 20 Taliban fighters had been killed during a clearance operation in Logar Province.

A roadside bomb killed four civilians in Ghazni Province on Tuesday night, and the Afghan Interior Ministry has blamed the Taliban for the attack.

It should be noted that the agreement reached between the US and the Taliban demanded the release of 5,000 prisoners and stipulated that 1,000 prisoners would be released by March 10.

Afghan President Ashraf Ghani was not a party to the talks, but the Taliban demanded that 5,000 prisoners be released immediately before any talks could take place.

What can Russia vs Saudi Arabia affect oil prices?