Police arrested a female journalist under the Prevention of Unlawful Activities (UAPA) police in occupied Jammu and Kashmir.

Al Jazeera reports that 26-year-old Masrat Zahra has been named in the case for allegedly engaging in anti-state activities on social media.

A resident of Srinagar, a photojournalist, has been accused of posting content promoting anti-state crime on Facebook.

A statement from a cybercrime police station in Srinagar said that they had received information from authoritative sources, that Musarat Zahra has been criminally posting anti-state posts on Facebook.

"Facebook users also believe that uploaded photos can cause flawless peace and journalists are supporting anti-state activities," the statement said.

Indian police quoted the female journalist saying that her posts were "distorting the identity of law enforcement agencies and also impacting the country".

Police added that the First Information Report (FIR) was lodged on Saturday and an investigation is underway while a journalist has been summoned on Tuesday.

It should be noted that the controversial law only allows the PA government to declare any individual a terrorist and the National Investigation Agency can investigate such cases.

A person falling into the category of this law can be sentenced to a maximum of 7 years or less.

Musarat Zahra told Al Jazeera that the police and the government are trying to suppress the voice of journalists in occupied Kashmir.

"The police did not show that I was a journalist, they said I was a Facebook user," she said.

Musarat Zahra said the case against them has been registered for posting on Facebook over the past year.

"I continue to release my old photographs that have already been published in various Indian and world institutions or social media that I am being prosecuted for," she said. 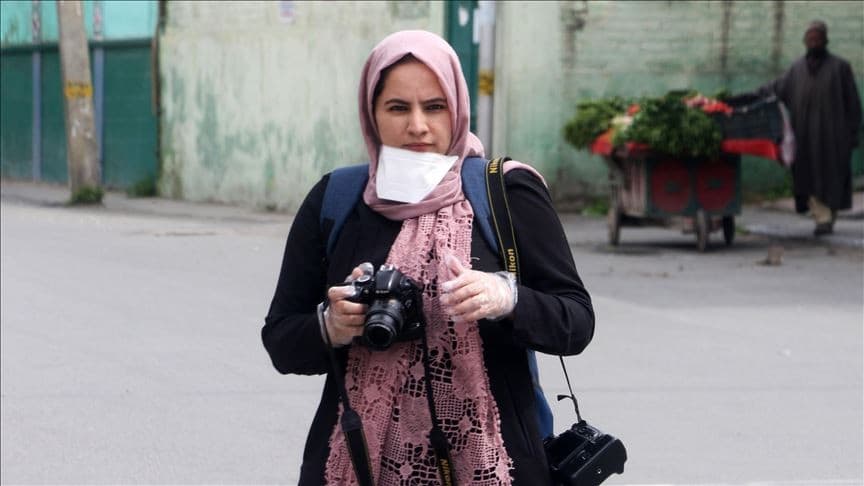 According to the report, images of Musarat Zahra's photographs are published in The Washington Post, The New Humanitarian, TRT World, Al Jazeera, The Caravan and other newspapers and social media.

On the other hand, journalists in occupied Kashmir have reacted strongly and condemned the Indian police action.

In a statement issued by the Kashmir Press Club, the allegations leveled against journalists in the region were condemned and Indian Home Minister Amit Shah called for intervention.