The renowned chef Floyd Cardoz is killed by the Corona virus in the US state of New Jersey.

The 59-year-old Floyd Cardoz was diagnosed with the Corona virus a few days ago, according to a CNN report by the US broadcaster.

A statement issued by an American restaurant called Hunger Ink confirmed the news of the death of Floyd Cardoz.

In the statement, he said he was sharing the news of the death of Floyd Cardoz with great sadness.

Floyd Cardoz was the Clinical Director at this restaurant.

According to the report, the Corona virus was confirmed on March 18 this year in Floyd Cardoz, after which they were treated at Mountain Side Medical Center in New Jersey.

It is important to note that Floyd Cardoz is one of the successful chefs who have also won the popular ShowTop Chef Masters competition in America.

In an interview to CBC in 2017, Floyd Cardoz said he read a book called 'Hotel' after which he decided to become a chef.

In this interview, he said, "After reading this book, I started cooking and then I realized how good I can cook."

Floyd Cardoz was born in the Indian city of Mumbai, completed his education in Switzerland, and then moved to New York.

During his career, he connected with many famous and successful restaurants, including restaurants such as 'Tabla', 'North and Girl', 'Powwala', 'Bombay Bread Bar', 'Bombay Canton'.

He was also involved in the shooting of Netflix's 'Next Delicious', which he recently returned to New Jersey from India. 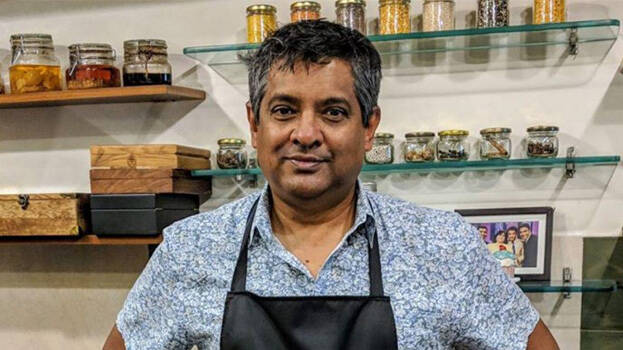 The renowned American author and David Cheng also shared a photo with Floyd Cardoz on his Instagram account and lamented his death.

Famous TV chef Madhur Jaffrey expressed surprise at the news of the death of the Floyd Cardoz, saying that he wanted to do more in his life.

According to another chef Preeti Mastri, 'he left the world, I am very sorry about this, I am very angry with the virus'.

According to chef Michael Anthony, there was a lot to learn from the Floyd Cardoz, his personality was impressive.

What to Expect at the Launch of realme 8 Series?

Related Posts
PIA has decided to temporarily suspend its flights to Italy after Qatar due to the Coronavirus
Railway administration's negligence involved in Tezgam accident, inquiry reports
UAE: Health department confirms the Coronavirus in 6 more people
Shehryar Khan Afridi became the Minister of State for Counter Narcotics
Turkey: Passenger plane slips from runway and Crash into three pieces
Defamation Case: Amber Heard's Statements Are Also Complete
The government is dealing with Corona properly, according to 82% of Pakistanis
There should be a referendum on Pervez Musharraf's November 3 move