ISLAMABAD: The soon-to-be-retired US government official for South and Central Asia, Alice Wells, praised Pakistan for its "solid support" for action in Afghanistan.
She emphasized that the future of bilateral relations depended on Islamabad's continued support.

Speaking at an online media briefing, She said, "Last year we saw solid support from diplomat Zalmai Khalilzad and Pakistan's civil multi-leadership to bring the Taliban to the negotiating table."

She emphasized that the "strong partnership between the United States and Pakistan is based on our constructive work together for peace."

Alice Wells, principal deputy secretary of the US State Department's Bureau of South and Central Asian Affairs, is retiring this month, and this was her last official media briefing.

Recalling the pressure put on Pakistan by the United States to meet counter-terrorism expectations, She said that President Donald Trump's strategy for Afghanistan and South Asia made it clear to Pakistan.
It called for "decisive" action against the groups, after which the suspension of security assistance signaled Washington's commitment.

"As we see constructive steps by Pakistan to encourage the Taliban for the Afghan peace process, Pakistan has taken initial steps to curb terrorist groups," She said.
For example, arresting and prosecuting Hafiz Saeed of LeT and breaking the structure of financing terrorism.

Alice Wells added that US-Pakistan relations, especially bilateral trade, had expanded as a result of Islamabad's efforts for peace in the region.

At the same time, She said the ongoing violence in Afghanistan was "intolerable."

Given the difficult pace of inter-Afghan political dialogue in the peace process, She said it was the Taliban's responsibility to reduce violence.

Alice Wells called on the Afghan government and the Taliban to unite and fight ISIL Khorasan, which is involved in a number of serious attacks, including last week's brutal attack on a maternity hospital in Afghanistan. 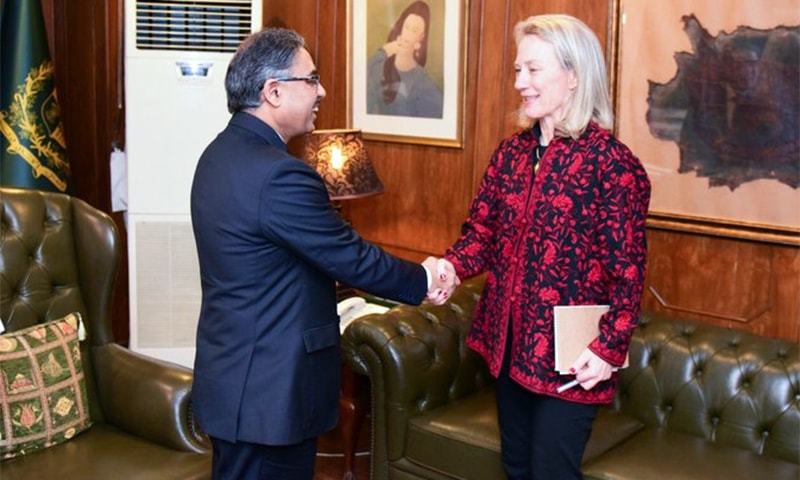 "Peace is difficult, but obstacles must be overcome," She said, adding that India's role in Afghanistan was important.

Related Posts
The Supreme Court Suspended the Army Chief's Notification for Extension
Hollywood actor Tom Hanks and wife Rita Wilson infected with the Coronavirus
Justice Waqar Ahmed Seth opposes Justice Mazahir Ali Naqvi's appointment in the Supreme Court
An Italian man faces up to 12 years in prison for hiding the symptoms of the Corona virus
Komal Aziz Described the Sighting of the Murder
South Korea: Dance bars and nightclubs cause Corona to spread again
Dramatic reduction of air pollution in various countries Due to Corona virus
After the House Was Demolished - Kangana Ranaut Has Given Y-plus Security