The parents of a nine-year-old boy with extraordinary ability from Belgium pulled him out of university when he was informed by the administration that his son would not be able to complete his graduation before his tenth birthday.
The parents of nine-year-old Laurent Simmons want their extraordinary son to finish his graduation before December 26th. In doing so, he will become the world's first undergraduate under ten.
Laurent has a birthday on December 26, and he will be 10 years old and will not break the record if he does not graduate.
However, Eindhoven University, located in the Netherlands, where Lorent had enrolled in a graduation course, told parents that Lorent must attend a number of exams before graduation and that work could not be completed before December 26.
He was given a date by the university administration to complete his graduation in mid-2020, but his parents rejected him and expelled his son from the university immediately.
Laurent had to complete a three-year degree in electrical engineering in just 10 months to meet his graduation before his tenth birthday.
Lorent's father, Alexander Simmons, told Dutch media that the university administration has repeatedly criticized him for why he was delivering so much media coverage to his son.
"We were told that too much media attention would put pressure on our son and if we continued, the child would have to go through a psychological examination."
His father added: "If a kid plays very good football, we all think getting him from the media is a good thing. My son has a different talent, so why not be proud of him? ' 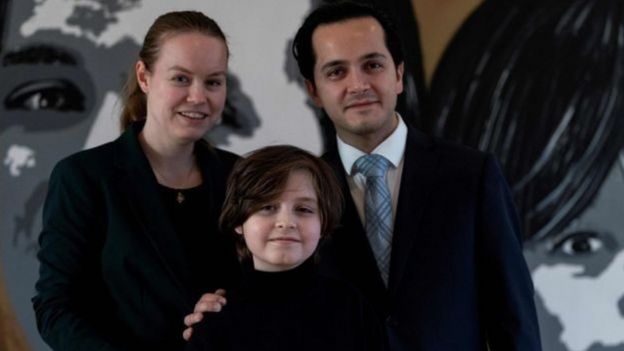 A photo was also posted from Lorent Simon's Instagram account, which is a photo sent to him last month by the University administration. This email indicated his completion of his graduation in December.
On the other hand, a statement issued by the university administration said that it would not be possible for Lorent to complete his graduation course with creative skills and critical analysis before his tenth birthday. The statement further said that if he tries to complete the course in a hurry, it will have an impact on his academic progress.
The university administration has also warned against putting too much pressure on the nine-year-old student.

People can use paracetamol for fever and colds, according to WHO
Related Posts
Government's decision to submit a bill to make southern Punjab province in the National Assembly
Corona virus has not been transmitted from person to person in the country till now, Zafar Mirza
Donald Trump's first visit to India
The Corona virus infected all 50 states of the United States
CM Sindh refuses to give further name for IG
36,000 employees likely to be suspended from British Airways
investigation report of a fire in the Tezgam Express
After Death of Dr Li Wenliang with Coronavirus, demands for freedom of expression in China has emerged