The IAF uniform in this video is inaccurately donned & the language used is inappropriate. This does not conform to the behavioural norms of those in the Armed Forces of India. The related scenes need to be withdrawn.@NetflixIndia @anuragkashyap72#AkvsAk https://t.co/F6PoyFtbuB

At no point does the film represent the Indian Air Force or our Armed Forces. We have nothing but the highest respect for the brave people protecting our nation.

However, Netflix management did not comment on whether or not to remove the Galum Gluch scenes. On the other hand, Anil Kapoor also released a video on Twitter apologizing to the Indian Air Force for the scenes in which he was wearing a uniform.

In his short video, Anil Kapoor praised the Indian Air Force and acknowledged their sacrifices, explaining that he was actually playing the role of an Air Force officer in the film, whose daughter was abducted. Anil Kapoor said that his role in the film also gives some insults in the madness after the abduction of his daughter, however, he did not deliberately use foul language while wearing the Air Force uniform. He apologized for abusing the Indian Air Force uniform. 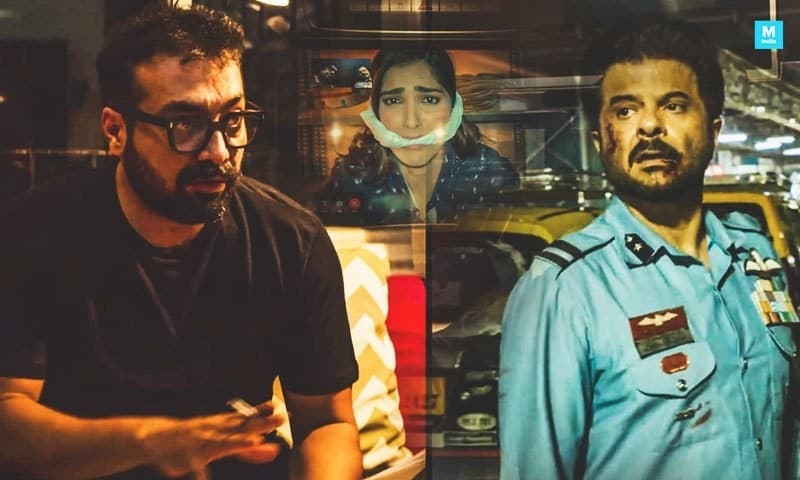 The video of the scenes of the film which Anil Kapoor shared in his tweet, will be released on Netflix on December 24 this month. Anil Kapoor and Anurag Kashyap have played the lead roles in the black comedy thriller 'AK Versus AK' and looking at the trailer, it seems that while acting and acting funny in the film, Anil Kapoor's daughter was actually abducted. And then even the police can't believe that their daughter has been abducted.

The trailer of the film also features highlights of Anil Kapoor's brother filmmaker Bonnie Kapoor and his daughter Sonam Kapoor. The trailer shows Anil Kapoor in the role of Indian Air Force not only abusing but also kneeling in front of criminals including the police and begging for help.